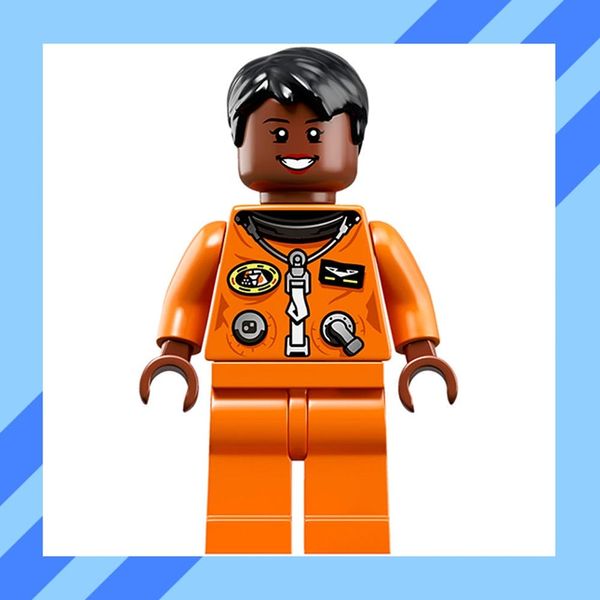 When Maia Weinstock got the opportunity to design a unique Lego set through the LEGO Ideas program, she decided to create a kit based on one of her biggest passions. As a science writer and deputy editor of MIT News, Weinstock had a stockpile of research on outstanding women in science and engineering. Therefore, she decided to create a LEGO set that highlights several of NASA’s finest women in STEM. But instead of focusing on generic women of science, Weinstock chose to focus on real women who have greatly impacted the NASA program. “This is something I am passionate about,” Weinstock told Space, “which is bringing [science] personalities to light. It was a risk. I mean, nothing like this has ever been posted before, at least in terms of women.”

After Weinstock posted her idea to the LEGO Ideas platform and got picked up on social media by celebrities like Hidden Figures actress Janelle Monáe, the set quickly gained the 10,000 votes it needed to be considered by LEGO executives. With the full support of LEGO behind her, Weinstock’s project is finally ready to hit shelves just before the holiday toy craziness begins. As of November 1, the LEGO Ideas Women of NASA Set ($25) is available to purchase, featuring mini-figures of four famous women of NASA: NASA executive Nancy Grace Roman, computer scientist Margaret Hamilton, physicist Sally Ride, and engineer Mae Jamison. It immediately became the #1 bestselling toy on Amazon.

We love the idea of inspiring our kiddos to dream up grand interstellar goals in the STEM fields, especially considering the fact that the 2017 astronaut class included five awesome new female recruits. Here’s a sneak peek at the figures included in Lego’s new set.

1. Margaret Hamilton: This amazing gal is best known for popularizing the modern concept of software. Her LEGO set displays the iconic scene from 1969 where Hamilton and her team worked with NASA to develop the onboard flight software for the Apollo missions to the moon.

2. Nancy Grace Roman: Nancy Roman, warmly nicknamed the Mother of Hubble, was one of the first female executives at NASA. In her Lego scene, you’ll find her with a posable Hubble Space Telescope (which she is famous for her role in helping create and plan) and a projected image of a planetary nebula.

3. Sally Ride and Mae Jemison: In 1983, physicist Sally ride broke a major glass ceiling by being the first American woman in space onboard the Challenger for mission STS-7. In 1992, medical doctor Mae Jemison pushed the envelope further by becoming the first African-American woman in space for the STS-47 Spacelab-J mission on the Endeavour. In their Lego scene, both women stand near a launchpad with the Space Shuttle Challenger, which blasts off with three removable rocket stages.

Are you planning on picking up LEGO’s new Women of NASA kit? Tweet us by mentioning @BritandCo.

(Photos via The LEGO Group)

Ashley Macey
Ashley Macey is a lifestyle freelance writer who loves all things fitness, wellness, and creativity. When she's not exploring her home in the Pacific Northwest with her dog Max, you'll probably find her curled up with a good book and some hot tea. Follow her daily jaunts on Twitter.
Empowering Girls
Creativity
Empowering Girls Girlboss Holiday Shopping lego