Male Birth Control Is Cheap, Hormone-Free, and Annoyingly Won’t Come to the US 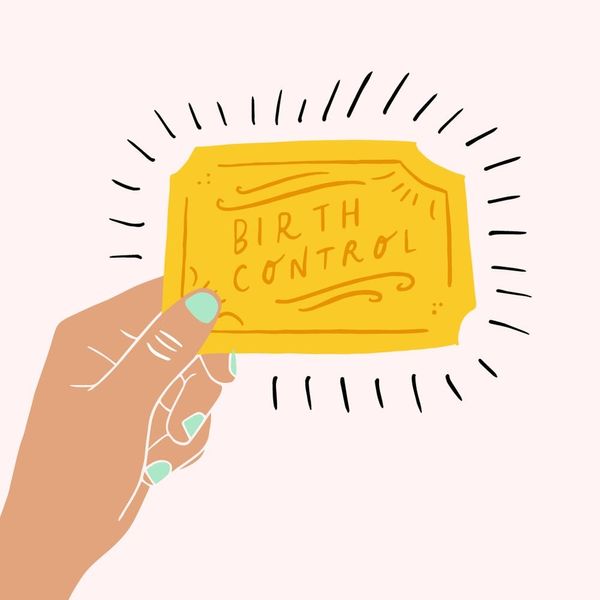 Female birth control in the form of pills, shots, IUDs, and patches has been around for decades, but wouldn’t it be nice if there was an effective, cheap, and safe birth control option for men too? Well, actually there is, but it may not ever see the light of day in the United States. Why? Because big drug companies are refusing to fund clinical trials for it.

Simple, cheap, reversible, and very safe male birth control has been in development in India for years, and this year it’s up for approval to hit the marketplace, Bloomberg reports. The method is an injection of a sperm-neutralizing technology called RISUG (which stands for “reversible inhibition of sperm under guidance”) to the vas deferens. With just one little shot, sperm is rendered sterile for several years.

The drug used is a gel that simply neutralizes sperm that comes into contact with it. Unlike vasectomies, which are a mostly permanent surgical option, RISUG is easily reversible and does not require any cutting, according to the Male Contraception Information Project. Bloomberg reports that there are no major side effects with RISUG. Plus, the gel is 98 percent effective at preventing pregnancy (which Bloomberg notes is equal to condoms when they’re used properly).

If all of this isn’t good enough, RISUG would also be extremely cheap. According to Bloomberg, the drug could cost as little as $10 per shot in India. You read that right: $10 for several years’ worth of contraceptive protection.

Given all of the positives, it’s no wonder that some guys are eager to try this method of birth control. We put a call out on social media to see if men would potentially be interested in this type of birth control, and the three we heard from said yes — though some were admittedly nervous about the idea of getting a shot in their genitals which, fair enough.

Mark, a 31-year-old married guy in Brooklyn tells us he’d “get in line” to try something like RISUG. He’s a new dad to a six-month-old, and his wife hasn’t responded well to hormonal birth control. Condoms are of course an option, but Mark says he’d love an alternative to using condoms.

Despite the effectiveness of the product so far, big pharmaceutical companies have so far not been interested in funding trials for RISUG, Quartz reports. Sujoy Guha, the biomedical engineer who invented RISUG, founded the startup IcubedG Ideas Pvt. Ltd. in order to run clinical trials on the drug, since pharma companies won’t.

Quartz spoke with representatives from both Merck and Pfizer, two drug companies that make contraceptives for women, and both companies said they are not considering taking on a drug like the one that is being tested in India. Neither company said why, but the people developing male contraceptives already have ideas about this.

Despite the fact that RISUG could bring in half of birth control’s $10 billion market for the pharmaceutical company who takes it on, Bloomberg reports that it could also cut into condom sales. Bloomberg states that the condom market, which is dominated by the massive drug companies Bayer AG, Pfizer Inc., and Merck & Co., would see some losses. If there’s one thing drug companies definitely hate, it’s losing any money.

So while all testing so far has shown that RISUG is a great male birth control option that would take some of the burden off of women who take on the vast majority of birth control responsibility, the drug isn’t getting support from pharma-giants who could fund large-scale trials. Apart from the possibility that drug companies don’t want to lose money on condom sales and other more expensive birth control options, at least one doctor suspects there is sexism at play.

Herjan Coelingh Bennink, a professor of gynecology who has helped to develop two different contraceptives, tells Bloomberg, “The fact that the big companies are run by white, middle-aged males who have the same feeling — that they would never do it — plays a major role.” He added that if women ran these big drug companies, it’s more likely that male birth control options would be considered more seriously.

Regardless of the reason, it’s seriously unlikely that RISUG drugs will make it to the US market without money from big pharmaceutical companies. Quartz reports that it can cost up to $2.6 billion just to bring a new drug from the research stage to clinical trials. Guha has been able to fund his trials in India through his startup, but the US company licensed to use RISUG, the nonprofit Parsemus Foundation, still needs a lot of funds to get this male contraceptive on the market here, Quartz reports.

Using the RISUG technology, Parsemus has developed their own version called Vasalgel, which has been successfully tested to prevent pregnancy in monkey and rabbits, according to Quartz. Vasalgel has also been reversible in the animal trials. Human testing for Vasalgel is set to happen next year, but it will require the big bucks only pharma giants have.

In the meantime, Quartz reports that Parsemus accepts donations to fund their work. The nonprofit allows donors to specifically give money to their work on Vasalgel.

What do you think about the possibility of easy male birth control? Tell us on Twitter @BritandCo.