WTF: Watch This Husband Surprise His Wife With Big News… That She’s Pregnant 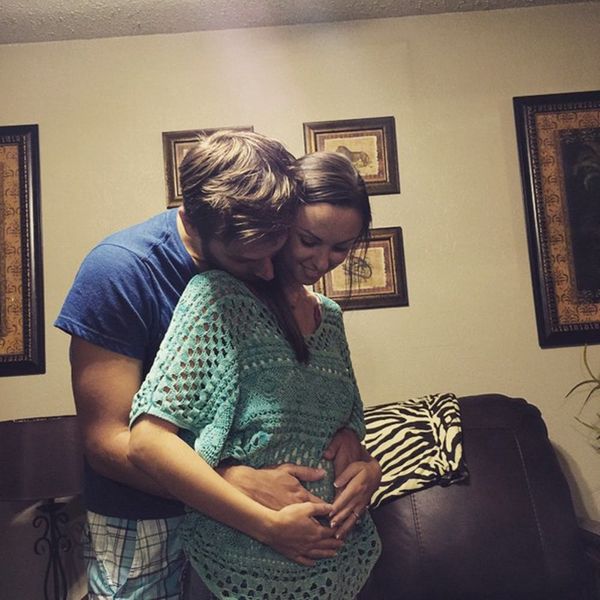 Thanks to the Internet we’ve seen plenty of creative pregnancy announcements — our fave obviously being that Britney Spears-inspired one ;) While there’s been viral videos involving themes around movies, music and photo shoots the latest to catch our attention is unique because there’s a little bit of a role reversal from the usual. This time around, it centers around the husband taking a pregnancy test. What?!

YouTuber and photographer Sam Paul wanted to surprise his wife Nia with news of her third pregnancy by doing what any over-eager husband would do — dip into the toilet and take a sample of her pee. Sounds crazy — reeeeally crazy, but here’s why he went through with the bathroom sample. While he was at work, Nia mentioned to him that her period was two weeks late. Sam also knows that his wife gets up multiple times in the middle of the night to go to the bathroom but doesn’t flush because she thinks it might wake up their two kids. They should have made True Detective about this guy.

The, um, “sample” Sam sleuthed resulted in a positive result so he revealed the news to Nia by teasing her that she can’t have wine or bologna. Watch the video above to see how she takes the news.

Just to be sure the test was accurate, the couple wrapped up the video by doing the test again and it provided a positive result for a second time. While creative, we may not recommend this technique, but we’ll be sure to stay tuned to this family’s journey and Nia’s pregnancy on the couple’s YouTube channel, Sam and Nia.

What are your thoughts on this pregnancy announcement and how Sam told his wife? Let us know in the comments.