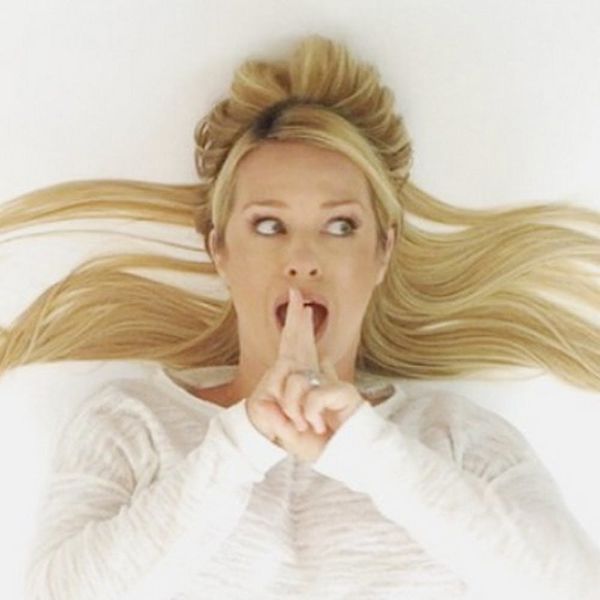 Everyone, something hilarious happened on the Internet and you need to know about it.

Seriously, this pregnancy announcement is hysterical and a super creative way to broadcast you’re expecting to loved ones, even though more than 186K people have already viewed this gem on YouTube since it was posted on Monday.

Machel chronicles the first few months of typical pregnancy ups and downs with Britney themed videos, kicking things off with “Pregnant Again,” à la “Oops! …I Did It Again.” You’ll have to check out the Greens’ entire vid to see every Britney video they chose, but we can divulge that “Toxic” (arguably the best music video of all time IMO) is included. As it should be.

But wait! There’s more! A gender reveal is also included in this viral announcement. The couple’s son Noah reveals the gender of his sibling-to-be to his parents in front of friends and family on a beach. It adds a really touching element to this otherwise LOL video.

To conclude, we’d like to formally congratulate the Greens on this truly incredible creation and wish them the best with their new babe, who’s due this November. #BritneyForever

Would you ever announce a pregnancy in a similar way? Tell us in the comments section below.

Beth Wischnia
You can typically find this Texan writing, trying on a new lipstick, gabbing with her identical twin sister or volunteering at the local animal shelter. She finds inspiration from rosé, beauty products, Tex-Mex and cats.
Pregnancy
Pregnancy
Pregnancy
More From Pregnancy