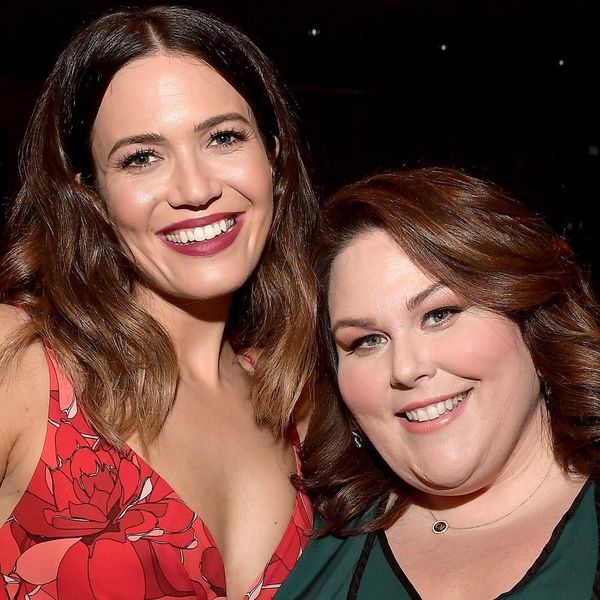 This Is Us stars Mandy Moore and Chrissy Metz are warning fans to brace themselves for the show’s return. As the actresses both revealed via Instagram stories after getting their hands on the scripts for the first episode of season 3, we’re in for some serious doozies.

Despite the fact that parts of the show’s finale have already been filmed, the season premiere was apparently a surprise to the cast. Moore posted several shot of herself on a plane, one of which featured the 34-year-old with what appeared to be watery eyes. “Reading the first episode of #ThisIsUs season 3, followed by #QueerEye, is NOT for the faint of heart,” she wrote.

She wasn’t the only one catching feels, either. As her co-star, Metz, revealed with her own post to Instagram stories, the script left her visibly shaken. “Just read our season 3 premiere episode on the flight home,” she captioned a photo of herself and TV husband, Chis Sullivan. “The flight attendant asked if I was okay… still not sure.”

While they didn’t give any details away about what caused their emotional turmoil, we are aware of several storylines with potential to be the culprit.

For starters, Sterling K. Brown previously divulged to People that his character, Randall, would undergo some marital problems with his fictional wife, Beth.

Show creator Dan Fogelman also dished the dirt to EW that season 3 would be delving further into Jack’s troubled past, and executive producer Issac Apataker told Variety that fans would also get a closer glimpse into the connection between Rebecca and Miguel.

One thing’s for sure — whatever it is, we’ll be keeping plenty of tissues at the ready!

Are you excited for season 3? Express yourself over @BritandCo.