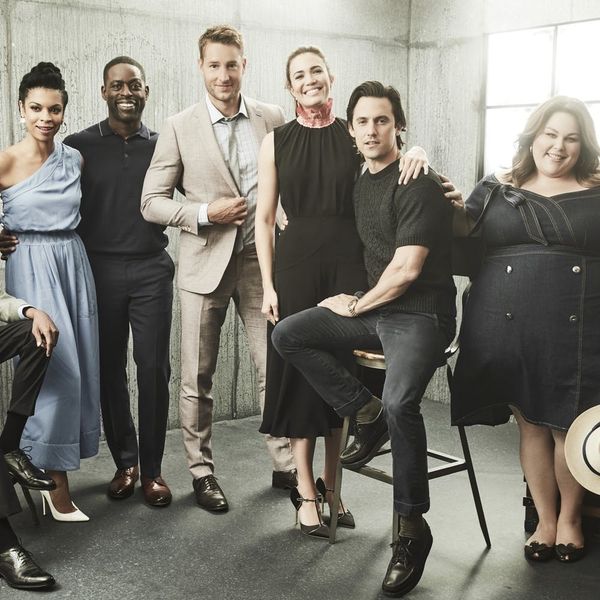 We’re STILL recovering from Jack’s untimely death at the hands of a Crock-Pot-induced fire on This Is Us, with the season finale set to air March 13, but already, producers are thinking ahead to season three. The network renewed the series back in January, and while we’ve yet to hear a premiere date, we *do* know a little bit about what’s yet to come for the Pearson family.

Despite recent rumors that Randall’s wife, Beth, would also be killed off, the show’s executive producer, Issac Aptaker, confirmed to Glamour that “Beth is okay,” adding, “I don’t know where that came from, but there’s no conspiracy.”

She will, however, be dealing with marital issues, as star Sterling K. Brown divulged to People, saying, “There will be a bit of exploration of marriage with regards to Randall and Beth going through times that aren’t all sunshine and rainbows. And that’s not to say they are in danger of parting ways, but marriage is real and takes work.”

Another relationship we’ll be privy to the inner workings of is that of Rebecca and Miguel, with Aptaker revealing to Variety that the storyline behind how Jack’s BFF winds up reaching out to the late character’s wife after many years will be a big focus in the season to come. “Miguel is the man who tries to step in and help Rebecca manage the big three as she’s putting her life back together. What that looks like does lead to the future as we know it for them.”

Aptaker also dished to Glamour that we’ll be seeing a lot of the big three as they cope with Jack’s death in their senior year of high school. “…We’re going to dive into that year, where there’s so many stories to tell about the decisions they make and the way they react to their father’s death shaped their trajectory for the next 20 years of their lives,” he said.

And not to worry — as Milo Ventimiglia assured fans last month, Jack’s not *totally* out of the picture. “Even though we saw Jack pass, that doesn’t mean that I, Milo, am leaving the show,” he explained on Megyn Kelly Today.

His sentiments were echoed by that of show creator Dan Fogelman, who told EW that they’ll be using season three to explore Jack’s past. “In many ways, Jack might be the character we still have the most to learn about, because he’s kept so many secrets in this period before we’ve really know him,” he teased. “[Now], we can do things with Jack and learn things about Jack that we really can’t with a lot of our other characters.”

We can’t wait to see how it all plays out!

Are you excited to see the Pearson family back in action? Share over @BritandCo.

Nicole Briese
Nicole is the weekend editor for Brit + Co who loves bringing you all the latest buzz. When she's not busy typing away into the wee hours, you can usually find her canoodling with her fur babies, rooting around in a bookstore, or rocking out at a concert of some sort (Guns N' Roses forever!). Check out all her latest musings and past work at nicolebjean.com.
Fall TV
TV
Fall TV TV
More From TV