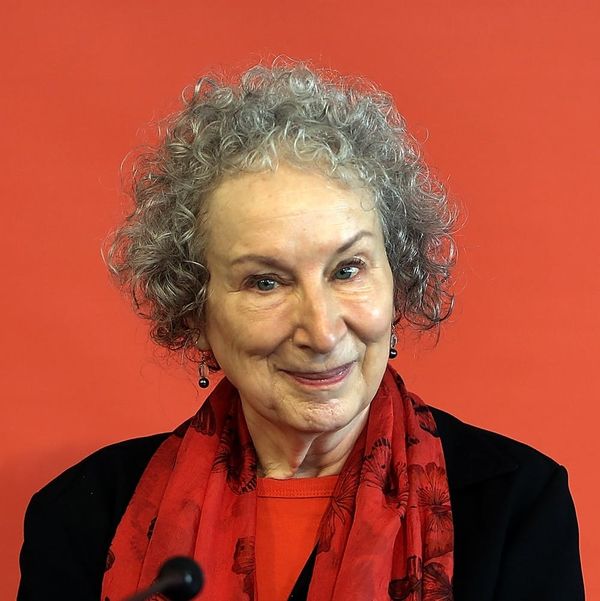 The #MeToo movement can be confusing to navigate. It seems that every aspect of the way men and women interact is being examined and rethought. Fortunately, legendary author and perennial “bad” feminist Margaret Atwood has a solution that will help men navigate social interactions in a #MeToo world: an etiquette book.

“There used to be a lot of etiquette books on how to behave,” Atwood said in a recent interview with the BBC. “Those seem to have gone out of the window,” she lamented. “I think it can help men to understand what may possibly be expected of them in the behavior department.”

Back in mid-January, Atwood published an op-ed that questioned the direction in which the feminist movement was headed. Were women doing harm by finding men guilty of misconduct in the court of public opinion without allowing them due process? Atwood asked the question, and the internet responded, with a resounding “no.”

Good morning everyone! Just here to say I would rather eat my own computer and then my own face than read something by Margaret Atwood with the title "Am I a Bad Feminist?" okay cool thanks bye

Margaret Atwood's latest op-ed is a very, very clear reminder that old cis white women are not to be trusted. They care more about poor widdle accused men than they do about actual fucking rape victims. They spend as much time advocating for rapists as they do attacking victims.

I’m so disappointed in Margaret Atwood, but mostly I’m fed up with older women not having younger women’s backs.

In her first broadcast interview since the backlash, Atwood addressed the complicated nature of the current situation. Back in the ‘60s and ‘70s, she explained, the feminist movement was going full steam ahead, and the backlash against its shortcomings didn’t come until later. But today, with social media playing a major role in disseminating information and discussion, Atwood says that the #MeToo movement is moving at “full steam ahead” with the backlash happening at the same time. But even so, she doesn’t think it’s enough.

“‘Me Too’ only works as a tool or as a weapon in certain circumstances: In the entertainment industry, CEOs of publicly traded corporations and politics,” said Atwood. “Only when there are public figures who are subject to public opinion is this an effective weapon.”

She also talked about change.

And what better way to help guide behavior than an etiquette book?

The idea seems a tad outdated, and Atwood herself admits that she’s not the one to be calling the shots these days. When asked what would be in an etiquette guide for 2018, Atwood had some wise words:

“I think we will let younger people deal with that, because I’m 78.”

What do you think of Atwood’s idea? Tell us @britandco.

Lia Grainger
Lia Grainger is a freelance journalist and reluctant nomad who divides her time between Canada and Spain, weather dependent. She's written for The Atlantic, Reader's Digest, the Toronto Star and other print and online publications, and her work appears in dozens of languages around the world.
Books
Current Events
Books Controversy
More From Current Events