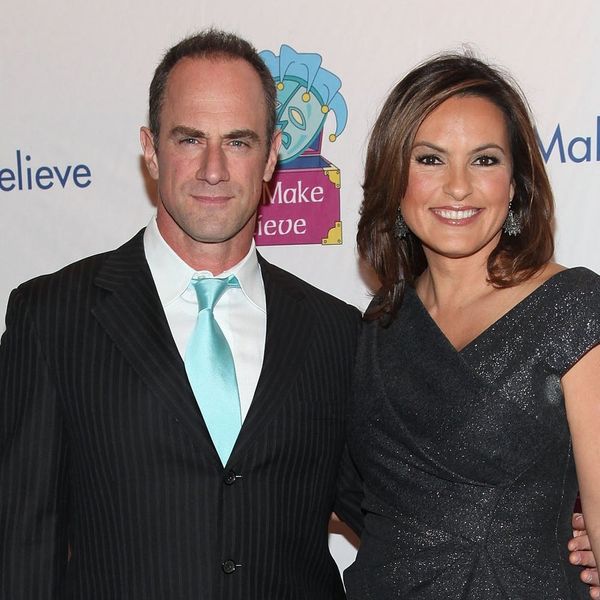 A little nostalgia does the heart good sometimes! While NBC’s Law & Order: SVU is still going strong 18 years in, we’ll admit that it hasn’t been quite the same since Chris Meloni — AKA Detective Elliot Stabler — left the show in 2011. Luckily for us, Meloni and former costar Mariska Hargitay (AKA Detective Olivia Benson) recently reunited, and their smiling faces are giving us life right now.

“‘Tis the season…ran into this #HAPPY man!” Hargitay captioned a blurry, smiling selfie of the pair. It’s unclear why the two were in the same place at the same time, but we DO love that she snuck in a little promo for her former costar’s new Syfy show, Happy.

‘‘Tis the season... ran into this #HAPPY man

Meloni shared his own capture of the Benson and Stabler reunion, showing the iconic TV duo with their arms around each other. Who’s happier about this: them, or us?!

Benson and Stabler — er, Hargitay and Meloni — starred on the show as lead detectives of the NYPD’s Special Victims Unit for 12 seasons, until Meloni abruptly left the show. Recently, showrunner Warren Leight admitted that, at one time, there was a plan in place to bring him back should the show come to a close. “The fans were owed a little more,” he said, although currently there are no plans to revive his character.

“I think if Mariska were to have called him, he would have taken the call,” Leight continued. “That can be for another day, hopefully a long way off.” We’ll be waiting!

Are you a Benson and Stabler fan? Let us know @BritandCo!