Maroon 5 Will Perform the 2019 Super Bowl Halftime Show, According to Reports 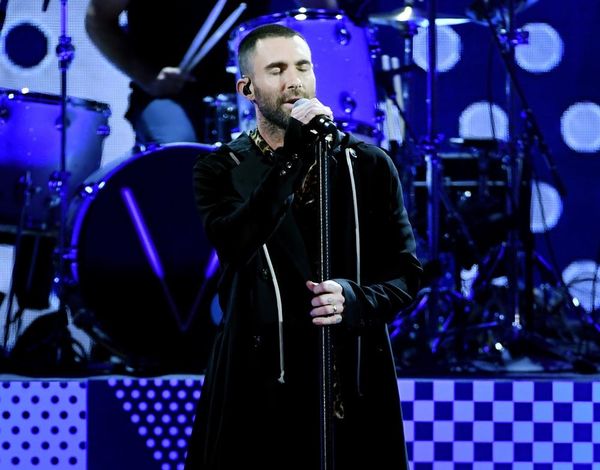 There have been a lot of jaw-dropping moments during past Super Bowl halftime shows, and now, according to reports, Maroon 5 will attempt to add to that legacy as the performers for the 2019 show.

Neither Maroon 5 nor the NFL has confirmed the rumors. The NFL told The Hollywood Reporter in a statement, “It’s a Super Bowl tradition to speculate about the performers for the Pepsi Halftime Show. We are continuing to work with Pepsi on our plans but do not have any announcements to make on what will be another epic show.”

Maroon 5 is currently touring to promote their 2017 album, Red Pill Blues. Their recent hits include a collaboration with Cardi B, “Girls Like You, ” and the 2016 track “Don’t Wanna Know,” which featured Kendrick Lamar.

This year’s halftime show featured Justin Timberlake, who performed with a marching band, hundreds of dancers, and even a giant projection of Prince. The “Man of the Woods” singer and his band, The Tennessee Kids, covered older favorites including “Rock Your Body,” “Señorita,” “Sexyback,” “My Love,” and “Cry Me a River,” as well as Timberlake’s 2018 release “Filthy.”

In 2017, Lady Gaga dropped into her Super Bowl performance through the roof and stunned the audience with an incredible synchronized display of 300 drones.

Other past performers include Coldplay, Beyoncé, and Bruno Mars in 2016; Katy Perry, Missy Elliot, and Lenny Kravitz in 2015; Bruno Mars (again) and the Red Hot Chili Peppers in 2014; Shania Twain, No Doubt, and Sting in 2003; and Aerosmith, ‘NSYNC, Britney Spears, Mary J. Blige, and Nelly in 2001. And, of course, in 2004, there was the infamous nip-slip from Janet Jackson and Justin Timberlake.

Are you excited about Maroon 5 possibly performing at the 2019 Super Bowl halftime show? Tell us @BritandCo.

Desiree O
Desirée O is a ‘Professional Bohemian’ who loves anything and everything related to the arts, entertainment, and pop culture. She ADORES being a ‘Newsy’ for Brit + Co, covering all of the latest tidbits of awesomeness that you want to read about. When she’s not writing, she’s either making messy art, going on long adventurous walks with her camera, or poking around over at bohemianizm (http://www.bohemianizm.com/). You can find out about Desirée O and her work at http://DesireeO.com/ or follow her on Twitter @DesireeO.
Super Bowl
Music
Super Bowl
More From Music