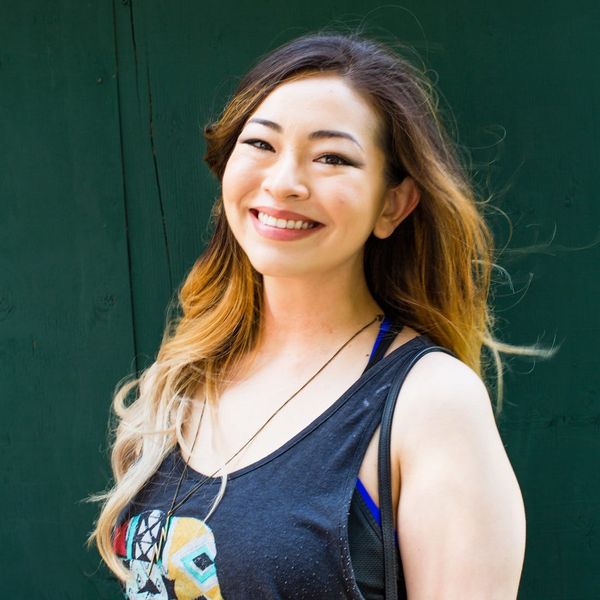 Are you ready to add a new creative chick to your imaginary bestie list? Allison House is one of the most dynamic women I’ve ever spent an afternoon with — she’s brilliant, creative *and* has some serious chops in the engineering department. Add to that an amazingly bubbly personality and you’ve got yourself a brand new #makercrush. She’s also the expert teacher of our brand new online class, Coding 101: Intro to HTML + CSS.

As a designer, visual artist, and educator, Allison is known for her tenacity and upbeat, make-it-happen attitude. She was an early product designer at Dropbox, before which she directed design at Codecademy, an interactive platform for learning to code. Her interdisciplinary work in design, technology and education has appeared in the New York Times, Wall Street Journal, TIME Magazine and many more. She currently works from her studio in Austin, TX, but, as she puts it, “can occasionally be seen from the corner of your eye, blowing in the wind.”

What is the story of how you got to where you are today?

I fell in love with the immediacy of interactive design as a pre-teen. When I built my first website, an ode to Buffy the Vampire Slayer, I couldn’t believe how easy it was to code a few lines and get a result.

By the time I was in high school, I’d worked my way up to real clients and was running my first business. I researched local competitors and submitted phony projects to tease out their rates, then undercut them. I wanted to look legitimate, so I got a toll-free number and put it on my website. These real serious outfits would call me up and inquire about my services, never knowing they were talking to a 15-year-old girl in her bedroom!

What inspires you? Why do you love to design, create and make?

That sense of wonder and infinite possibility when we create something from scratch or learn a new skill. I’m chasing down that feeling every day!

What’s one piece of advice you’d share with other makers?

If we’re always looking at other people’s work, we’ll end up with a blank piece of paper. It’s easy to tumble down that inspiration-seeking rabbit hole — I speak from experience! — but our best ideas will often show up when we’re in the zone and making.

What’s on your studio playlist?

I’m inexplicably attached to two albums by a mysterious, little-known electronic artist called MisfitChris, The Howling and Internet Girlfriends. It’s heavy-hitting house with a dramatic, chip-influenced undercurrent that’s recognizable to anyone who grew up playing video games. My work wouldn’t be the same without it!

How do you get into the creative flow? How does it feel?

I’ve never had much luck with scheduling or micromanaging myself, so I’ve developed a practice that doesn’t require a whole lot of self-discipline. I call it my “second shift” technique. Rather than summoning the willpower to start a work session, I make it automatic by chaining it on another activity I already do every day. Routine tasks like walking the dog, taking the train, or getting home from work are easy to piggyback on — and eventually trigger the urge to create!

The other part of my strategy is giving myself totally achievable, bite-sized assignments that I won’t dread or procrastinate. My work is all tied up in my love for learning, so I feel most successful when I’m producing a ton and pushing my craft into new territory. For example, I used this technique to learn enough 3D animation in three weeks to direct a music video (more on that later)!

What other makers inspire you?