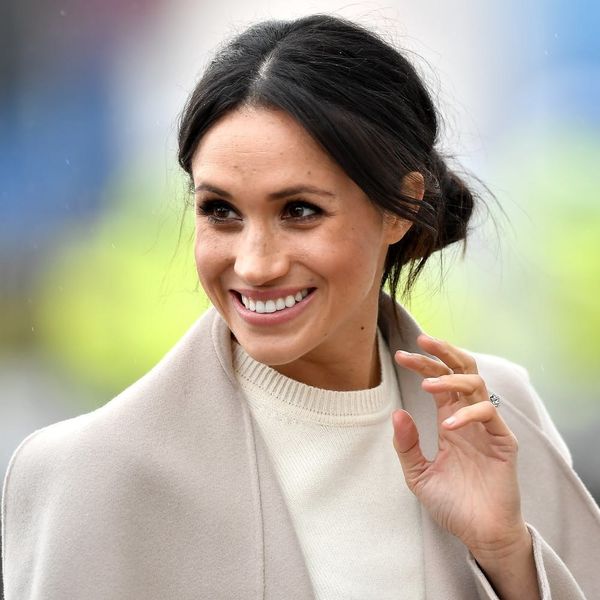 After much speculation about who will accompany Meghan Markle down the aisle at the royal wedding, Kensington Palace has confirmed that her father, Thomas Markle, will do the honors.

“The first thing I would like to share is that Prince Harry and Ms. Markle are very much looking forward to welcoming Ms. Markle’s parents to Windsor for the wedding,” Prince Harry’s communications secretary said in a statement. “Mr. Thomas Markle and Ms. Doria Ragland will be arriving in the UK in the week of the wedding, allowing time for Prince Harry’s family, including The Queen, The Duke of Edinburgh, The Prince of Wales, The Duchess of Cornwall, and The Duke and Duchess of Cambridge, to spend time with them before the big day.

The statement also noted that “both of the bride’s parents will have important roles” in the ceremony. “Mr. Markle will walk his daughter down the aisle of St. George’s Chapel,” the communications secretary said. Additionally, the secretary confirmed that Markle’s mother will accompany her to the venue. “On the morning of the wedding, Ms. Ragland will travel with Ms. Markle by car to Windsor Castle. … Ms. Markle is delighted to have her parents by her side on this important and happy occasion.”

It’s been rumored that Markle’s father will sit out the traditional father-of-the-bride speech at the wedding, and that his daughter will take the opportunity to speak instead, but Kensington Palace did not confirm that detail.

The communications secretary did note, however, that Harry’s family — on both his father’s side and his late mother’s side — will be involved in the ceremony. Prince Harry recently asked his big brother William to serve as his best man at the wedding, and all three of Princess Diana’s siblings will be in attendance, as well, with her sister Lady Jane Fellowes giving a reading.

“Prince Harry and Ms. Markle both feel honored that Lady Jane will be representing her family and helping to celebrate the memory of the late Princess on the wedding day,” the statement read.

The palace has said from the outset of the wedding planning that while the young royals’ nuptials will be guided by tradition, they will also reflect the bride and groom’s personalities. That’s already evident in several wedding details, from the cake to the floral arrangements to the music selections.

Prince Harry and Meghan Markle will wed on Saturday, May 19, at 7am EST.

Will you be watching Meghan’s dad walk her down the aisle? Let us know @BritandCo!