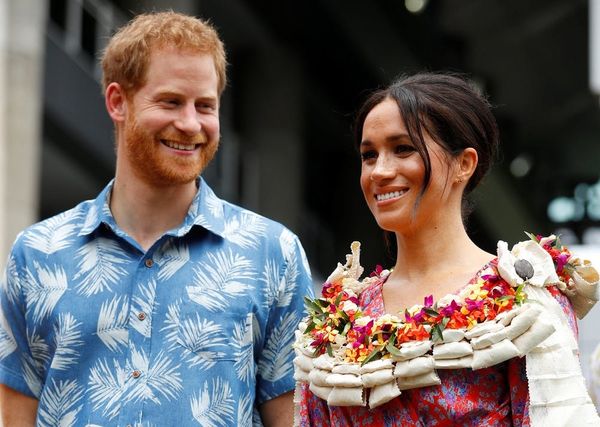 We hope Meghan Markle and Prince Harry have a lot of storage space in their new home at Frogmore Cottage in Windsor, because they’re going to need it for the hundreds of presents they’ve already received for baby Sussex. The royal family released lists of all the gifts the couple received during their travels in 2018, and the stuffed toys alone — there are 21 teddy bears, plus dozens of other animals — could fill a closet.

One of the lists, which outlines gifts received during their fall 2018 royal tour of Australia, Fiji, Tonga, and New Zealand, spans 26 (!) pages. Prince Harry and Duchess Meghan announced her pregnancy at the beginning of the tour, so the gifts they received — including a stuffed kangaroo and adorable Ugg booties from Australian Governor-General Sir Peter Cosgrove and his wife, Lady Cosgrove — were the first the couple received as expecting parents.

The list features traditional items such as baby bibs, baby booties, blankets, and books (almost 150 of them!), as well as trinkets and tokens that reflect the local culture from each of their tour stops. Some of the highlights include: 11 stuffed koalas, five stuffed kangaroos, three plush wombats, two toy dingos, and two toy kookaburras; a football, a rugby ball, and a child’s rugby kit; traditional Fijian woven grass fans and a Fijian Masi tree bark flower hair clip; a wovan Tongan grass mat; two didgeridoos; and three boomerangs.

The royals also published a list of gifts that dad-to-be Prince Harry received on his solo trip to Zambia in November. Among them: a stuffed rhinoceros, multiple crocheted soft toy elephants, rattles, books, and baby bracelets.

Additionally, Markle’s friends showered her with gifts at her New York City baby shower earlier this year, but she opted not to open them until she was back in the UK with her husband. And since that visit was an unofficial one, the gifts have not been disclosed to the public.

The royal family has not revealed baby Sussex’s exact due date, but he or she is expected to make their arrival sometime this month. The parents-to-be have asked that anyone who wishes to send a gift instead consider donating to one of their favorite charities for children and families in need.