Everything We’ve Heard About the Royal Wedding Reception 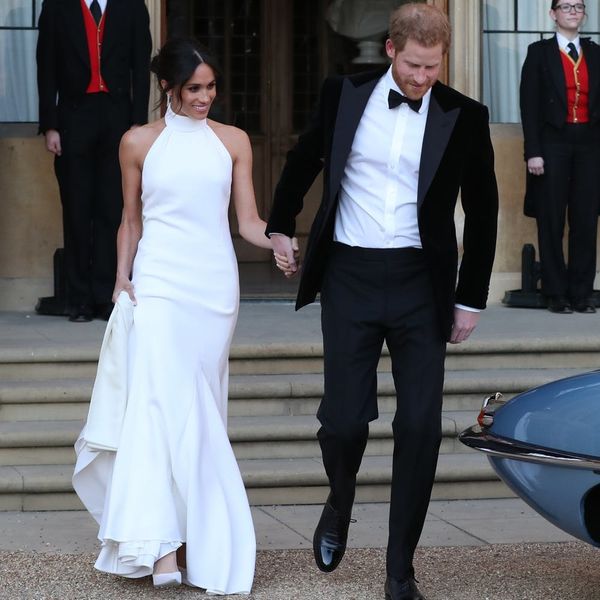 The royal wedding was a sight to behold, and behold the world did — two billion people are believed to have watched the event worldwide. But what happened when the cameras turned off? We’ve got all the buzzworthy deets about the royal reception bash that went down at the Frogmore house adjoining Windsor Castle, where Prince Harry and Meghan Markle rolled up to in a 1968 Jaguar-E Type Concept Zero. Read on to find out what happened next!

The guest list: In addition to Serena Williams and Priyanka Chopra, who came to slay in sneakers and couture, other A-listers, including Troian Bellisario and Abigail Spencer, who showed off the slippers they were greeted with, Tom Hardy, George Clooney, Idris Elba, James Corden, Sir Elton John, and Princesses Eugenie and Beatrice were reportedly among the 200 close friends and family members invited to attend the shindig.

The speeches: Prince William reportedly got cheeky during his best man speech, which was said to be a little “naughty.” As a party-goer revealed to E!, the Duke of Cambridge is said to have referenced his little brother being in love by saying, “Being in love is like a little boy wetting himself. You don’t know you are doing, everyone else knows, and you get a warm feeling.” Oh, my!

Guests also heard from the evening’s host, Prince Charles, who, as the the outlet reports, cracked a joke about the budget going “out of the window,” Prince Harry’s pals, Tom “Skippy” Inskip and Tom Van Staubenzee, and the bride herself, who is rumored to have thanked the Royal family for welcoming her to their ranks.

The first dance: While you might have expected something slow and romantic, á la the “Stand By Me” performance given by the gospel choir at their ceremony, the bride and groom reportedly kicked things off with Whitney Houston’s upbeat tune, “I Wanna Dance With Somebody.”

The entertainment: The celebration was a swinging one, with reports of James Corden on the MC mike, Elton John continuing his lunchtime reception performances, and DJ Sam Totolee — the same man who performed at Pippa Middleton’s wedding — curating favorite house tracks for attendees to groove to. Idris Elba also reportedly took some time to shine in the DJ booth.

As Windsor resident Gabriele Cesarini captured from his nearby home, there were plenty of fireworks to be enjoyed during the fête.

The food: The Daily Mail reports that Prince Charles requested an all-organic menu for his guests, with lite-bite canapes with a theme of “spring meets summer.” Later in the evening, guests are said to have noshed on candyfloss and “dirty burgers.”

The drinks were no less impressive, with a “drinks of the world” themed bar, and one very special concoction of ginger and rum, which was reportedly dubbed “When Harry Met Meghan” after the groom’s ginger locks. According to E!, Clooney also took a turn behind the bar, serving up libations to guests.

The after-party: The group reportedly took their party to the Chiltern Firehouse in Marylebone.

Nicole Briese
Nicole is the weekend editor for Brit + Co who loves bringing you all the latest buzz. When she's not busy typing away into the wee hours, you can usually find her canoodling with her fur babies, rooting around in a bookstore, or rocking out at a concert of some sort (Guns N' Roses forever!). Check out all her latest musings and past work at nicolebjean.com.
Celebrities
Celebrity News
Celebrities Celebrity Wedding Royal Family Royal Wedding Weddings
More From Celebrity News