You *Have* to See Meghan Markle’s Sorority Portrait 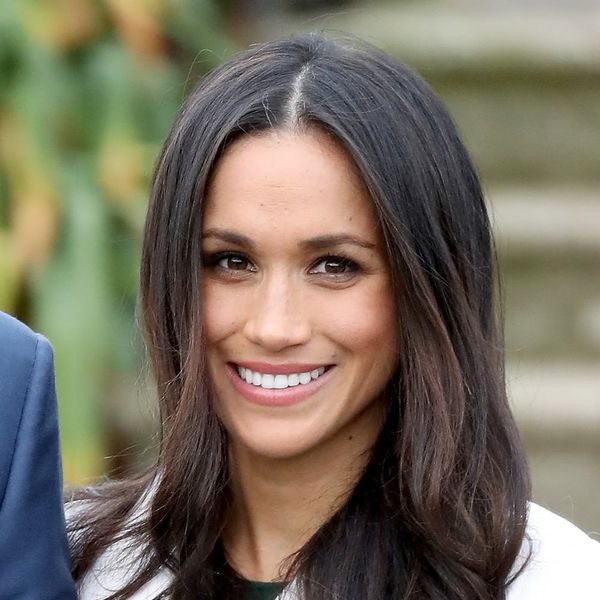 You may know Meghan Markle as Rachel Zane from Suits, a budding style icon, or the future wife of Prince Harry. But back in 2001, she was just your (not-so) average undergrad and sorority girl from Northwestern University.

She wasn't always a future duchess. Once upon a time, Prince Harry's betrothed was just a communications major at Northwestern. https://t.co/FczpMGhp2u pic.twitter.com/62ipOLZBYn

According to the Chicago Sun-Times, who posted a photo of the bride-to-be on their Twitter account, Markle was studying communications. She was also, it turns out, a member of the Upsilon Chapter of Kappa Kappa Gamma, who were kind enough to share the portrait.

The pic was snapped in her sophomore year at the school, from which she graduated in 2003 with a double major in theater and international studies. In the photo, Markle is wearing a black turtleneck, has her signature perfectly blown out hair, and a radiant smile. It’s re-MARKLE-able, but 14 years later, the stunning star looks exactly the same.

Laura Wayland, executive director of the Northwestern Alumni Association, said, “We’re excited to learn of the news that our alumna, Meghan Markle, will marry Britain’s Prince Harry. On behalf of Northwestern University, we extend our congratulations to the couple. His mother, Princess Diana, visited Northwestern in 1996, so we are particularly pleased to welcome Prince Harry to the extended Northwestern family.”

Markle is remembered especially fondly by one of her former professors, Professor Harvey Young, who taught “Studies in Black Performance” in 2003. Young told the Chicago Sun-Times, “She reminded me of a lot of our other very promising alumni, in that she was passionate about theater and really had a sense of self-confidence that you could imagine would allow her to weather the storms of the professional world.”

Did you recognize Markle? What do you hope to see her do next? Tell us @BritandCo!

Shea Lignitz
Shea can be found in the nearest bookstore or brewery, exploring the great outdoors, or blasting Led Zeppelin. She grew up in the cold and rain of Northern California's redwoods but is currently wandering around Texas.
Celebrity
Celeb Style
Celebrity Celebrity Style Nostalgia
More From Celeb Style