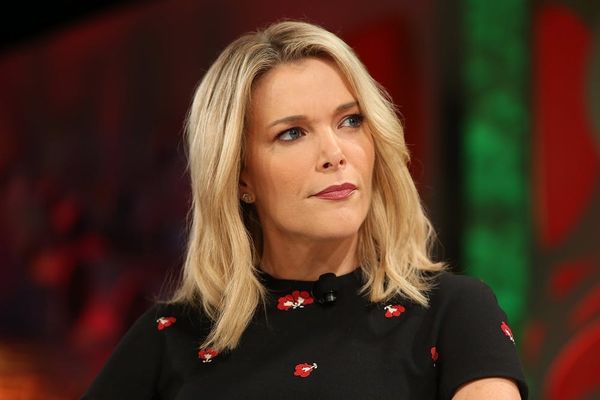 Megyn Kelly is no stranger to controversy, but her latest remarks may have lasting consequences. NBC has officially canceled Kelly’s morning talk show in the wake of her recent blackface comments.

“Megyn Kelly Today is not returning,” the network said in a statement, according to CNN. “Next week, the 9am hour will be hosted by other Today co-anchors.”

NBC’s decision follows comments made by Kelly on Tuesday, October 23, during a discussion about Halloween costumes involving “blackface.” She questioned whether such costumes are actually racist — they are — and defended her stance by saying it was “okay when [she] was a kid as long as you were dressing like a character.”

The backlash was intense and immediate — and not just from viewers. Several of Kelly’s fellow Today hosts condemned her remarks, too. “There was criticism online yesterday that this was political correctness run amuck,” Craig Melvin said. “That’s silly and it’s disingenuous and it’s just as ignorant and racist as the statement itself. [Kelly] said something stupid, she said something indefensible.”

Al Roker drove the point home by citing the history of racism in the US. “The fact is, she owes a bigger apology to folks of color around the county. This is a history, going back to the 1830s minstrel shows,” he said Wednesday. “To demean and denigrate a race wasn’t right. I’m old enough to have lived through Amos ‘n’ Andy, where you had white people in blackface playing two Black characters, just magnifying the stereotypes about Black people. And that’s what the big problem is. … No good comes from it. It’s just not right.”

NBC News chairman Andrew Lack also addressed the situation at a town hall meeting with news staffers. “I assume all of you by now have seen the remarks that [Megyn Kelly] made on her show yesterday about Halloween and blackface,” he said, according to Variety. “There is no other way to put this but I condemn those remarks; there is no place on our air or in this workplace for them. … As we sort through this with Megyn, let there be no doubt that this is a workplace in which you need to be proud and in which we respect each other in all the ways we know are foundational to who we are.”

Amid the backlash, Kelly apologized to both colleagues and viewers, saying on air, “I want to begin with two words: I’m sorry. You may have heard that yesterday we had a conversation about political correctness and Halloween costumes. … I defended the idea [of blackface], saying that as long it was respectful and part of a Halloween costume, that it seemed okay. Well, I was wrong, and I am sorry. One of the great parts of sitting in this chair each day is getting to discuss different points of view. Sometimes I talk; sometimes I listen. And yesterday, I learned.”

What do you think about the fact that Megyn Kelly’s morning show has been canceled by NBC? Tell us @BritandCo.

Desiree O
Desirée O is a ‘Professional Bohemian’ who loves anything and everything related to the arts, entertainment, and pop culture. She ADORES being a ‘Newsy’ for Brit + Co, covering all of the latest tidbits of awesomeness that you want to read about. When she’s not writing, she’s either making messy art, going on long adventurous walks with her camera, or poking around over at bohemianizm (http://www.bohemianizm.com/). You can find out about Desirée O and her work at http://DesireeO.com/ or follow her on Twitter @DesireeO.
Controversy
TV
Controversy TV
More From TV