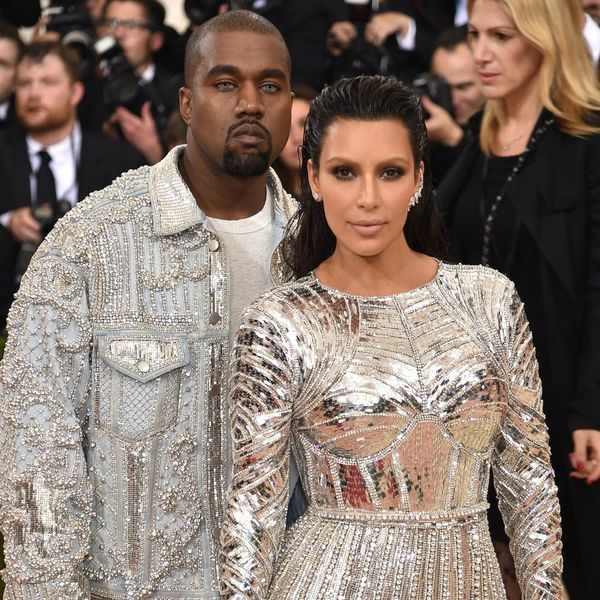 Happy Memorial Day, everyone! From Kim and Kanye’s epic meeting with baby Luna to Liam Hemsworth breaking his silence on GF Miley Cyrus, we’ve got your morning’s most buzzed-about news stories.

1. Kim and Kanye meet baby Luna, and Kanye cracks a SMILE: Sunday was a big day for Kim Kardashian and Kanye West — they got to meet Chrissy Teigen and John Legend’s bundle of joy, Luna! The famously friendly couples (Kim did give Chrissy pregnancy advice, after all!) met up for brunch at Nobu, where Chrissy (being Chrissy and all) posted the entire thing on Snapchat, including this adorable pic of Kim holding her baby with the caption “Auntie!” Kayne, for his part, even cracks a smile. Huh!

2. Liam Hemsworth breaks his Miley silence… kind of: It’s ABOUT TIME. Liam Hemsworth has pretty much kept mum about anything Miley-related thus far, saying that he just finds it easier not to talk about his personal life, but GQ Australia finally got the Aussie actor to crack — just a little. “I guess when I feel something, then I just feel it and go for it. I make my decisions about what’s going to make me happy, what I think is right and what I want to do — and I don’t worry too much outside of that.” Okaaayyyy, but what about their official status? Like are they or aren’t they engaged? “People will figure it out,” he says. “They already have.” EEEEEEEE!!!!! (Photo via Kevin Winter/Getty)

3. Women save fellow restaurant patron: Three women in a Santa Monica bar were having dinner when they stopped a potentially scary sitch from going down after one of the women witnessed a man pouring an unknown substance into another woman’s drink. When the man got up to go to the bathroom, the trio sprang into action, beelining it toward the unsuspecting woman to tip her off. Police were called and tapes were reviewed, showing proof of the would-be crime. Sonica Ulrich shared her story on Facebook, along with the above photo of herself and her friends posing Charlie’s Angels style, saying “Don’t roofie someone on our watch!” Nice work, ladies! (Photo via Sonia Ulrich)

This morning I lost my world and the world's most special woman. I miss her more than words can even describe. There is an emptiness in my heart that only her spirit can fill and I pray that I will feel her by my side every single day until we meet again. I attribute my strength to her.. She held on when she lost the love of her life.. The one she was married to for 53 years. She smiled even though she lost a son just this year. She told everyone she loved them every single chance she got and she joked even when her strokes left her unable to speak properly. The smile that she had not only could light up a whole room but it most definitely lit up the entire nursing home. She was my great-grandmother but we were so close that I never knew it was possible that anyone could have the bond that we shared even 70 years a part. The pain I feel is almost unbearable but because of her strength I will power through it. The love and support I have received has been empowering and so special to me.. I love all of you so much and I am forever grateful for the prayers, texts and fan art my Lovatics have made me. Thank you. Mimaw, I hope you are with Papa now.. I hate that I can't hear your voice but I love that you are no longer in pain. I love you so much and I miss you more than anyone could ever imagine. I'll miss your smile, your wittiness, painting your nails and your kisses. I really do love you more. Rest in peace and most importantly rest in the Lord. #RIPMimaw

4. Demi Lovato’s tribute to her late great-grandmother will make you cry: Demi Lovato lost her great-grandmother yesterday, taking to Instagram to pen a beautiful and emotional tribute. Following a lengthy remembrance, she writes “Mimaw, I hope you are with Papa now. I hate that I can’t hear your voice but I love that you are no longer in pain. I love you so much and I’ll miss you more than anyone could ever imagine. I’ll miss your smile, your wittiness, painting your nails and your kisses. I really do love you more. Rest in peace and most importantly with the Lord. #RIPMimaw.” Our most sincere condolences, Demi.

5. This chipmunk thief returns all the stolen goods when confronted with his crimes: This poor little guy has been regularly raiding one woman’s bird feeder, but when confronted with his thievery, he does what he believes is the right thing and gives it all back. We feel like this must be the face we make when we get caught raiding the ice cream out of the freezer, so we can’t help but empathize. It’s kinda sweet, in a way?

6. Quote of the day: “All these comments — you’re ruining my childhood! I mean really. Four women doing anything on Earth will destroy your childhood? I have a visual of those people not having a Ben [Falcone], not having friends, so they’re just sitting there spewing hate into this fake world of Internet. I just hope they find a friend!” Melissa McCarthy on Ghostbusters remake haters.

Are you shocked that Luna got Kanye to smile? Let us know over @BritandCo!