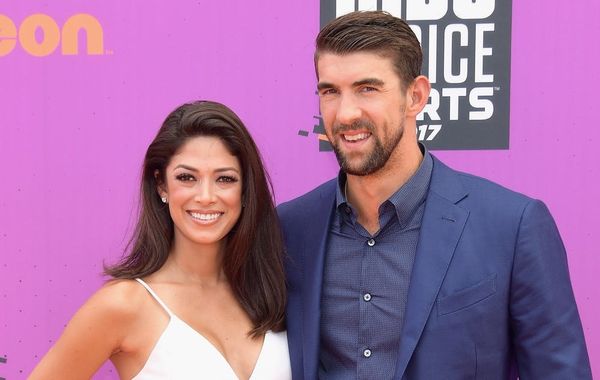 The Phelpses are about to become parents of three! Olympic gold medalist Michael Phelps and his wife Nicole Phelps (née Johnson) announced this weekend that they’re expecting their third child.

“#3 on the way!” Phelps captioned an adorable Instagram photo of the couple’s two sons, Boomer, 2, and Beckett, 13 months. “Can’t wait to see the journey that this takes us on!!!” The athlete hashtagged his post “#luckyman” and “#boyorgirl?” along with a cute nickname for the upcoming bundle, “#P3.”

Nicole shared the same pic of her toddler sons, who helped their parents make the big announcement by posing in a toy car decorated with gold balloons spelling out the word “baby.” She wrote, “Oops we did it again, I get to be a mama x3!!!”

The excited parents-to-be also updated their sons’ Instagram accounts with some other cute snaps from the photo shoot, including one in which the brothers were adorably photobombed by the family’s two French bulldogs.

“I asked mom for a new baby for Christmas last year and …. well my wish finally came true!!!” the post on Boomer’s account wrote. “I wonder if I’m gonna have a little brother or a little sister?” Little Beckett’s post, meanwhile, admitted that he had no idea what was going on, but seemed excited to be promoted to big brother.

The proud parents secretly wed in the summer of 2016, but had another ceremony in Cabo in October 2016. Their first son, Boomer, was born in May 2016, and little Beckett joined the family in February 2018.