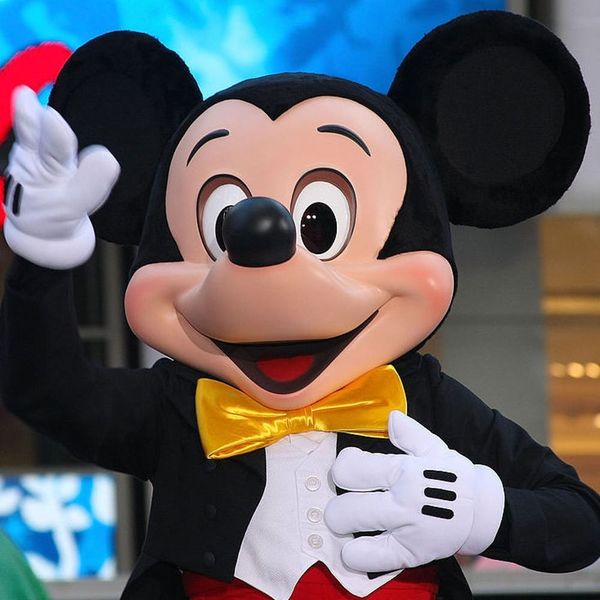 We already know that Disney can make dreams come true in all kinds of magical ways, but for one family, Disney World truly became the happiest place on Earth when Mickey Mouse helped reveal to two kids that they were officially being adopted.

Janielle, 12, and Elijah, 10, have been living with their foster parents, Courtney and Tom Gilmour, for the past three years in Portland, Pennsylvania. When the family took a trip to Disney World this past May, the kids had no idea what was in store for them.

“It had originally been planned as a trip to the Star Wars Celebration in Orlando that they do every couple of years, but it was the kids’ spring break and we decided to take them to Disney World too,” Courtney Gilmour told E! News. “We didn’t want to be the people who took their kids to Orlando and didn’t take them to Disney World. So, we found an extra 24 hours that we were able to do it. We did Disney World first, then the Star Wars Celebration.”

When the family reached the Magic Kingdom park, each was given a button to write down their reason for celebrating. The proud parents wrote, “Adopting Our Kids,” while Janielle and Elijah wrote, “Getting Adopted.” Sweet, right?

The folks at Disney thought so too. When they spotted a pic of the buttons that Courtney had tweeted, they sprung into action. “The people from Disney World’s Twitter reached out to us and asked, ‘How can we help make this extra special?’” she explained. “I thought it meant we were getting a dessert.” But Disney had something bigger in mind to make the celebration *extra* special.

The kids didn’t know that their adoption date had officially been set, so Mickey Mouse himself was able to help share the big news. Afterward, Courtney shared the video on Facebook, where it has since racked up more than 2.2 million views.

“I’ve watched it about a million times and I cry every single time,” Courtney told CBS News.

Watch the touching moment for yourself below (and get ready for the happy tears)!

Did you cry happy tears over this sweet video? Let us know @BritandCo!