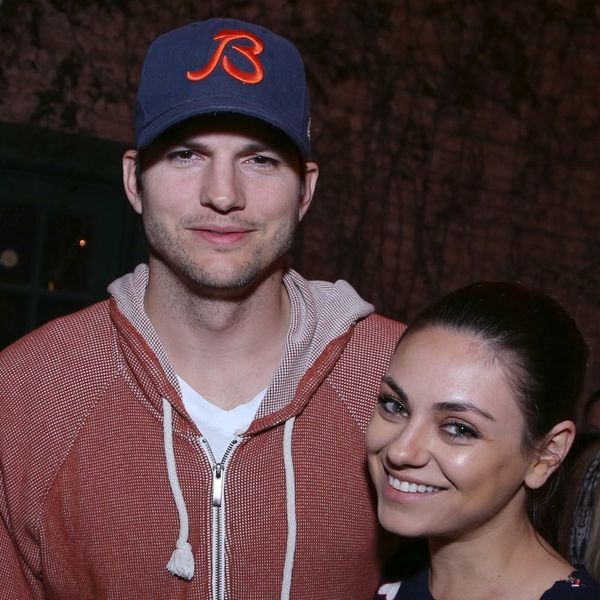 Mila Kunis and Ashton Kutcher might be A-list movie stars, but that doesn’t mean their kids will be grow up spoiled. In fact, it’s one of the family’s goals in raising their little ones that’s shaping their Christmas traditions.

“We’re not gonna raise a**holes,” she joked in a recent interview with Entertainment Tonight. “There’s enough a**holes in the world!”

In fact, when the pair saw their little ones, Dimitri Portwood and Wyatt Isabelle, being spoiled by their grandparents over the holidays, they decided to nip it in the bud.

“So far, our tradition is no presents for the kids [for Christmas],” she said. “We’re instituting it this year, because when the kids are [younger than] one, it doesn’t really matter. Last year, when we celebrated Christmas, Wyatt was two, and it was too much. We didn’t give her anything — it was the grandparents. Now the kid no longer appreciates the one gift. They don’t even know what they’re expecting, they’re just expecting stuff.”

Kunis, 34, says she and Kutcher had a talking to with their own moms and dads. “We’ve told our parents — we’re begging you. If you have to give her something, pick one gift. Otherwise, we’d like to take a charitable donation, to the Children’s Hospital or a pet [or] whatever you want. That’s our new tradition.”

Rocking the phones for #rednoseday 9/8 central on NBC @rednosedayusa

That doesn’t mean they won’t be celebrating, however. As she explained, for them, it’s more about the family aspect. “Coming to America is when you realize Christmas has a magical quality to it,” the A Bad Moms Christmas star, who grew up in Russia, shared. “In Russia, back in the day, it was a very religious holiday, so you don’t celebrate Christmas if you’re not Christian and if you’re not at Mass. So I, being Jewish, was like, ‘Christmas is not for you.’”

She’s changed her views since then, embracing the holiday if only as an excuse to spend it with loved ones. “We come to America, and we’re like, ‘Christmas is so inclusive.’ We literally bought a Christmas tree. So as far as tradition goes, my family’s big on any excuse to get the family together and get drunk.”

Can’t argue with that!

What do you think of the family’s approach to Christmas? Share with us @BritandCo.

Nicole Briese
Nicole is the weekend editor for Brit + Co who loves bringing you all the latest buzz. When she's not busy typing away into the wee hours, you can usually find her canoodling with her fur babies, rooting around in a bookstore, or rocking out at a concert of some sort (Guns N' Roses forever!). Check out all her latest musings and past work at nicolebjean.com.
Celebrities
Celebrity News
Celebrities Parenting