This Is the Biggest Misconception Millennial Women Believe About Fertility 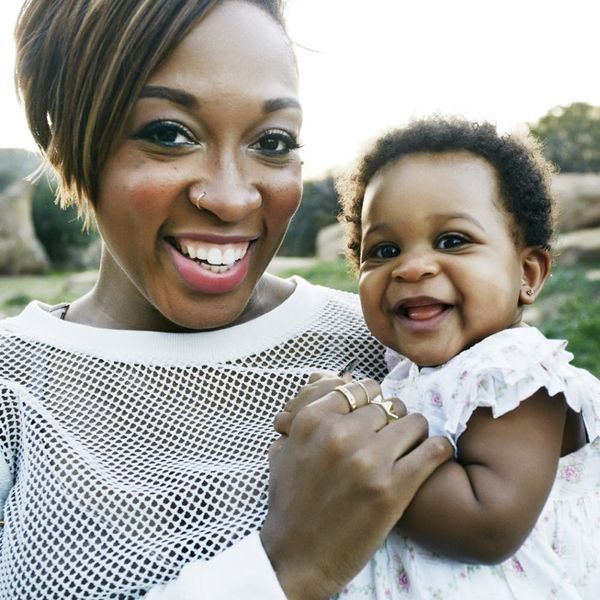 Maybe you’ve dreamt of having kids your entire life, maybe you’re just now starting to consider it — or maybe you haven’t thought about it at all. No matter where you fall on the baby spectrum, almost all women harbor fears ranging from medical complications to career concerns when it comes to getting pregnant. Celmatix, a personalized medicine company that focuses on women’s health, launched a survey to get the real lowdown on women’s attitudes toward fertility.

The survey questioned over a thousand college-educated women between the ages of 25-33 who either wanted children in the future or were unsure of wanting children (women who didn’t want children, already had children, were pregnant, or were trying to get pregnant were not included). One important part of the survey aimed to decipher women’s understanding of reproductive health — specifically, reproductive health terms such as primary ovarian insufficiency, egg quality, and endometriosis. According to the survey, despite the fact that endometriosis affects one in 10 women, only 22 percent of respondents said they were very familiar with it.

When it comes to factors affecting fertility, women were pretty decisive: Around 80 percent of them felt that smoking and a family history of fertility difficulties were the top two influences on the ability to bear a child. Additionally, over a third of respondents worried that being over 35 years old — known to some as the “magic number” when pregnancies become higher-risk — would adversely affect their chances of getting pregnant.

The study identified one especially prevalent myth: The majority of women (over 70 percent) believe that mental health conditions (such as stress or anxiety) can impact fertility, even though it’s not proven. And 40 percent of women are personally concerned that high levels of stress or anxiety can affect their fertility. Hormonal birth control also doesn’t affect long-term fertility, even though 20 percent of women are worried about it. One reason for these myths might be the fact that 83 percent of the surveyed women rely mainly on websites (e.g., WebMD or Google search) for information about their health.

Despite being aware that there are factors that could affect fertility, 43 percent of women were not concerned about it. Another 46 percent were just somewhat concerned about their fertility, citing a certain age (around 28 years old and when their friend starting having kids) as when they started to think about it.

It’s clear that women have varied information on fertility. But what do they think when it comes to their own family plan? For starters, only 13 percent say that having children is not important to them; but when it comes to having their own children, only seven percent of respondents said it was absolutely essential. At this point in their lives, women in serious or married relationships are thinking about children several times per month. The commitment level of relationships is certainly a factor as far as being ready for this life stage. However, the number one factor in child-readiness is actually having the finances necessary to raise a child; secondary considerations were a woman’s age and career, even above relationship status. According to the study, most women want children badly enough that they would be open to adoption or seeing a fertility specialist if difficulties arose. Overall, these results mean that women are calculated and thoughtful about their decision to have children — but they’re also realistic about what it really takes to have a baby.

What factors are most important to you when it comes to having kids? Let us know @BritandCo.

Gabrielle Gresge
Gabrielle Gresge is a Chicago native and journalism student at the University of Missouri. While not chasing deadlines, she enjoys giving campus tours, exploring her new home, and missing her old one. She loves to write about these experiences in her own handwriting at gabriellegresge.wordpress.com.
Pregnancy
Health
Pregnancy study Womens Health