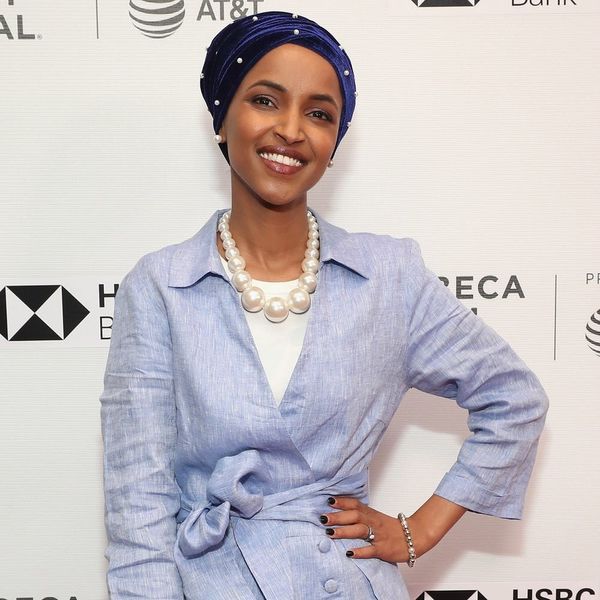 Omar, now 36, immigrated to the US with her family 20 years ago, escaping war-ravaged Somalia. She has served in the state legislature since 2016, becoming the first Somali-American legislator in US history. She announced her bid for the Fifth Congressional District earlier this year after Rep. Ellison announced he would not seek reelection. The district is strongly Democratic and many politics watchers expect Omar to handily win in November.

During a rally after the announcement of her primary win, the mother of three told supporters that she still thinks back to her childhood in refugee camps and what her US political career would mean for that child.

“In my last race, I talked about what my win would have meant for that eight-year-old girl in that refugee camp,” she said. “And today, today, I still think about her and I think about the kind of hope and optimism all of those eight-year-olds around the country and around the world get from seeing your beautiful faces elect and believe in someone like me.”

Along with Muslim-American Democratic House nominee Rashida Tlaib from Michigan, the women’s expected wins will make them the first two Muslim women in Congress. Currently, there are two sitting members of Congress who identify as Muslim —and both are men (one of them is Ellison).

Like many running in the 2018 primaries (such as the freshly-minted primary winner Christine Hallquist in Vermont), Omar admits that her run for national politics was inspired by the current political climate and President Trump’s “politics of fear” that got her to set her sights on Washington.

“[The Fifth Congressional District] is a district that is very much interested in making sure our progressive values are represented,” she said when she announced her bid. “And they know the only way they’ll continue to be represented is if we have people who are not going to just think about getting themselves to Washington, but think about getting other progressives to Washington.”

Kat Armstrong
Kat has been a writer, social media maven and mom for longer than she's willing to admit. She's also spent time in front of and behind the camera, interviewing celebs, politicians and acting as a producer for fashion and artistic photography shoots. When she isn't writing for various orgs and publications, she's hanging with her kids, husband and French Bulldog, Peter, in Toronto, Canada.
Empowering Girls
Politics
Empowering Girls Inclusivity Politics
More From Politics