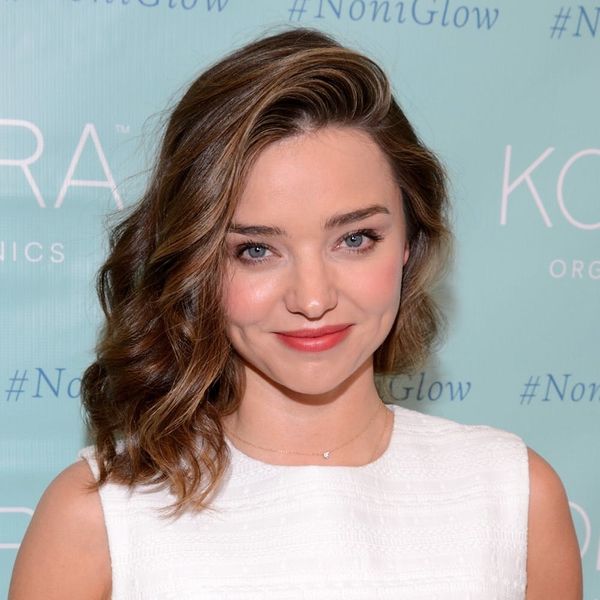 Nearly two months after Miranda Kerr and husband Evan Spiegel tied the knot, the former Victoria’s Secret angel is finally debuting her wedding dress to the world, and it’s every bit as gorgeous as we might have hoped.

With less than 50 people in attendance at her beyond-intimate ceremony, the 34-year-old has been able to keep her gown under wraps from the prying eyes of the public — until now. The jaw-dropping Maria Grazia Chiuri Dior design, shot by legendary photographer Patrick DeMarchelier (yes, the same one Miranda Priestly so desperately wishes to reach in The Devil Wears Prada), was revealed over on Vogue’s website, along with a film featuring the blushing bride.

As the mother of one revealed, her gown was inspired by Grace Kelly’s breathtaking wedding dress (pictured below) for her nuptials to Prince Rainier III of Monaco, who Kerr cited as one of her main style inspirations. “I’ve had a lot of fun with fashion, and I used to be more wild, free, Bohemian,” she said. “But in this period in my life, my style is more pulled back. My greatest sources of inspiration have always been Grace Kelly, Audrey Hepburn, and my grandmother.”

Borrowing the high neck, long sleeves, and floral headpiece, designed by Stephen Jones, from Kelly, Kerr’s updated take also featured some more modern additions, like the Victorian-esque buttons at the sleeves and back, and the embroidered overlay of her ballgown-style skirt. “She wanted something like a fairy tale, and she gave me this idea, to make a dress that was emotional and simple at the same time,” Chiuri said.

For @mirandakerr, it took two fittings and a team of couturiers at @dior to create her fairy-tale wedding dress. Take an exclusive inside look at the making of her dream dress in the link in our bio. Photographed by @patrickdemarchelier.

The result was nothing short of breathtaking: So beautiful was the supermodel on her big day, in fact, that both her mother and grandmother reportedly wept upon seeing her in the frock, with Kerr herself weeping straight through her vows.

“Honesty, I couldn’t have imagined a more beautiful wedding dress,” she gushed.

Us either, Miranda. Us either.

What do you think of Miranda’s designer gown? Tell us over @BritandCo.

Nicole Briese
Nicole is the weekend editor for Brit + Co who loves bringing you all the latest buzz. When she's not busy typing away into the wee hours, you can usually find her canoodling with her fur babies, rooting around in a bookstore, or rocking out at a concert of some sort (Guns N' Roses forever!). Check out all her latest musings and past work at nicolebjean.com.
Celebrity Wedding
Wedding Style
Celebrity Wedding Wedding Style
More From Wedding Style