The Unfair Thing That Happens to Mixed-Weight Couples 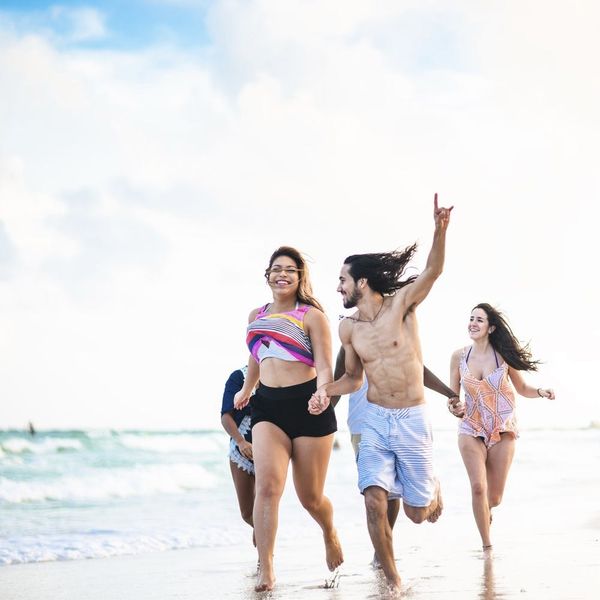 It’s not exactly news that not everyone is going to think your S.O. is as perfect for you as you do. Your friends might actually hate your boyfriend, and that “nightmare in-law” stereotype (sometimes) exists for a reason. But when everyone on the street is looking at you and bae like, “Obviously this is an ‘opposites attract’ situation,” that really doesn’t feel great. Interracial couples, unfortunately, have tons of experience with this (even in 2016 — remember the gross backlash over that Cheerios ad?). But a new study finds that mixed-weight couples experience significant discrimination in their own right.

In a report called Date Someone Your Own Size, psychologists performed a series of studies to determine if there was real prejudice toward relationships where the partners had significant differences in BMI. The findings are pretty unsettling, no matter your weight or relationship status.

In the second study, participants matched up potential relationship partners on the basis of weight and other factors that were similar to what you might find on a dating app — and mixed-weight couples were categorized as “poor matches.” (Um, we’ve been on Tinder — there are plenty of more important ways someone can be a “poor match.”)

In the third study, the researchers asked participants to give dating advice to someone dating a mixed-weight partner — and they were told to go on less active, public and expensive dates, plus be less physically affectionate and delay introducing their partner to friends and family. Basically, they were saying, “Be embarrassed about your relationship, and hide it from people.” Wow — great advice, jerks!

In the fourth study, researchers tried to determine why there’s so much negativity toward mixed-weight relationships. They theorized that it could be that people are just prejudiced against couples who are different from one another, whether it’s age, race or class; that people find it “unfair” when one member of a couple is less attractive; or that couples who have the same weight are more conventional, and make people more comfortable. A new group (separate from the original studies) was surveyed, and while answers varied, the first theory (different in any way = bad) seemed to prevail.

So… at least they’re equal-opportunity haters? Look, we’re trying to find a bright side here, but let’s just be honest: This sucks. The whole world basically thinking “You two don’t belong together” is a lot of stress to put on a couple. And the study’s authors note that more research is needed to look at how that kind of prejudice affects mixed-weight couples long-term. So if you’re part of a mixed-weight couple, hang in there — and eff the haters.

Tell us how you keep size prejudice and negativity from affecting your relationship by tweeting your tips @BritandCo.