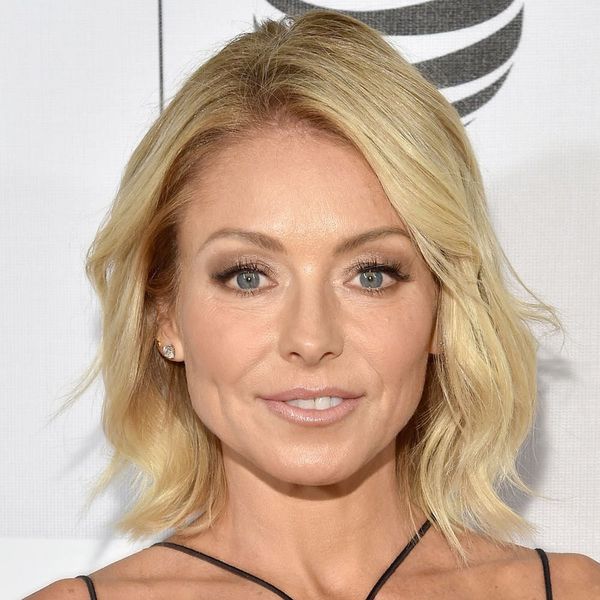 Though Kelly Ripa is famous for her perkiness (heck, she’s made a career around it), we saw a different side of the Live! With Kelly and Michael host recently — and we liked it. She returned to the program after a much-talked-about few days off following her co-host Michael Strahan’s announcement that he would be leaving the show to go work full-time on Good Morning America. News quickly leaked that Ripa had not known about this exit and was informed of it in the 11th hour by a network she had worked with for 26 years. As you can imagine, she had a strong reaction, prompting her to leave the show for a few days (though apparently she had scheduled a vacation around then).

She was labeled a diva by many press outlets for her behavior — “How Kelly Ripa Could Pay the Price for a Diva Act,” wrote TheWrap; “Kelly Ripa ‘Went Crazy’ When She Heard Michael Strahan Was Leaving Live!,” wrote People — even though if any of us had to deal with a blow this big at work, we would need time to process it as well. To be told about it so abruptly seemed odd and disrespectful, especially for such a powerful veteran of her industry, but apparently this treatment of women in television is common. “There’s a long history of women in the top echelons of television being disrespected and being mismanaged,” Brian Stelter, senior media correspondent at CNN and author of Top of the Morning: Inside the Cutthroat World of Morning TV, told Time.

In other words, all eyes were on Ripa when she returned to the program after staying mum for a week (except for when she was seen exiting her apartment, carrying a copy of Malcolm Gladwell’s David and Goliath). So how did she handle it after she was greeted with a standing ovation? With class, composure, humor and braveness.

Opening with, “Our long national nightmare is over,” she continued: “I needed a couple of days to gather my thoughts. After 26 years with this company, I earned the right. And let’s be honest, I know half of you called in sick to be here, so, we get each other. In that time, I gained some perspective. I always speak from the heart. I didn’t want to come out here and say something I might regret. What transpired, though, over the course of a few days was extraordinary in that it started a much greater conversation about communication and consideration, and most importantly, respect in the workplace. And since we’re being honest, I don’t consider this just a workplace. This is my second home. This is a place that I’ve devoted myself to, not just because of you, our loyal viewers, but because of all the producers and crew who work on this show… we are family.”

She went on to thank the loyal viewers and say she was thrilled for Strahan. She also added, “My dad, who was a bus driver for 30 years, thinks we’re all crazy. And I think he’s right.” The crux of this is respect in the workplace is very important, especially for one you have been so loyal to. We devote our lives to these companies and the people we work with, so this needs to be said. Thank you, Kelly.

Think what Kelly said was inspiring? Tweet us @BritandCo and let us know!