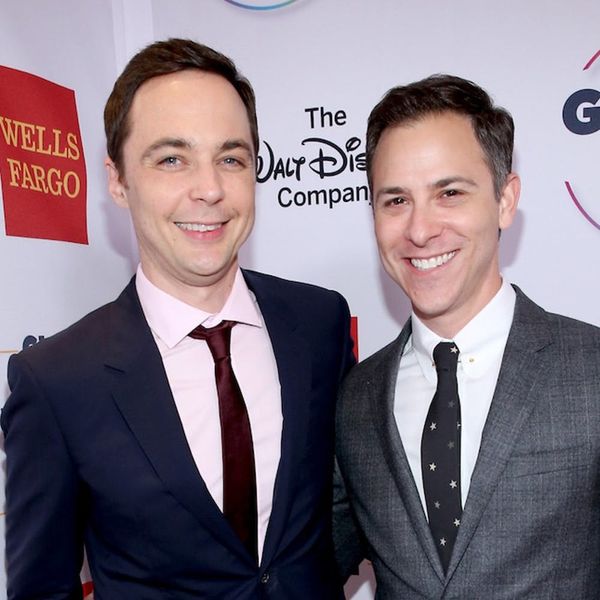 A Big Bang of a wedding and baby news for Kevin Hart lead this morning’s top news stories. Check those and more out below in Monday’s Morning Buzz!

1. Cuuuute! Jim Parsons and his bf of 14 years, Todd Spiewak, tied the knot at New York’s Rainbow Room on Saturday according to People, and just moments ago, Parsons shared the first snap of the nuptials. The two look so smitten and handsome in matching tuxes, and we can’t wait to see more pics from this party. Congrats!

Celebrating Mother's Day with my beautiful wife. We are laughing at the fact that this time next year we will be celebrating her 1st actual Mother's Day. #Harts #Blessed

2. Kevin Hart and wife Eniko Parrish make a Mother’s Day announcement that they’re expecting their first baby together! The total #couplegoals pair revealed in an Instagram gallery that they’ll have a new baby boy together by Mother’s Day next year, and Parrish has the baby bump to prove it! Hart has two children with his ex-wife, but this is the first for the couple together. Congrats to the growing family!

A family was kicked off of a flight because of birthday cake.

ABC 7, however, JetBlue said, “[The customer] refused multiple requests from the crew to remove items…became agitated, cursed and yelled at the crew, and made false accusations about a crew member’s fitness to fly” (The passenger had suggested the crew member had been drinking).We all just need to drive everywhere forever now, okay? (Photo by Scott Olson/Getty)