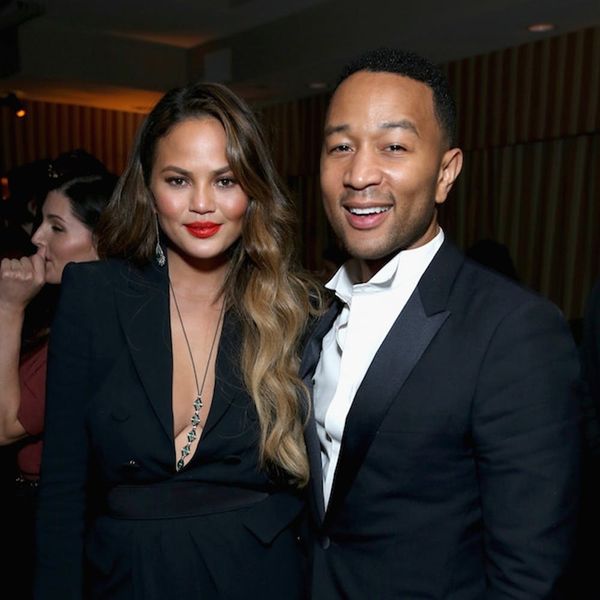 Chrissy Teigen keeps clapping back and a Big Mac ATM will give you free lunch in this morning’s top news stories. Check those and more out below.

Since this is coming up again, I said our next baby would be a boy because that is the embryo we have left. A boy. So. Yeah.

1. It’s a boy for Chrissy Teigen and John Legend! Or, at least, it will be, when they decide to go ahead with their next round of IVF. Chrissy and John weathered criticism in the past for choosing to use their female embryo when trying for their daughter Luna, and now Chrissy finds herself shouting down haters again, clarifying that a male is actually their only option, as it’s the embryo they have left. As for us, we’re just already looking forward to these adorable brother-sister Snapchat moments!

Just yesterday, acting US Attorney General Sally Yates released a statement saying the Department of Justice would not uphold the ban because she was “not convinced” that the executive order was “lawful,” and shortly after, she was fired. President Trump said in a statement that Yates was “an Obama Administration appointee who is weak on borders and very weak on illegal immigration,” and that she had “betrayed the Department of Justice.” (Photo via Pete Marovich/Getty)
Nicole Villeneuve
Nicole is an entertainment and lifestyle writer covering pop culture, news, and cool women doing cool things. She likes yard sales, MTV's Teen Mom, and putting too many memes in the group chat. She lives in Toronto.
Morning Buzz
Pop Culture
Morning Buzz
More From Pop Culture