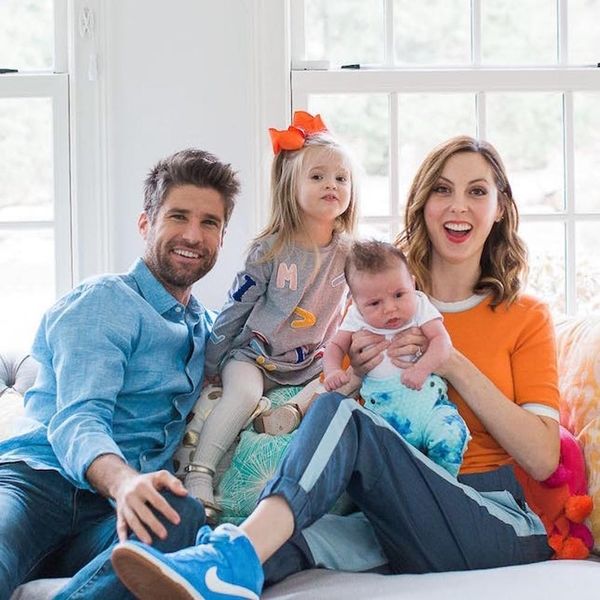 A mom gets real about difficult parenting times and Mariah’s post-NYE attitude lead this morning’s top news stories. Check those and more out below.

Happy New Year, from our family to yours! ❤✨🙏🏼 Couldn't be more grateful for my little tribe. I spent the day today writing a very personal letter that will be published on HappilyEvaAfter.com in the morning. So many thanks to the #HappilyEvaAfter readership for giving me wings this year and for creating such a beautiful community. I appreciate you so much and I look forward to all we will experience together in 2017! #HappyNewYear #2017 #NewBeginnings #Love #Peace (📷: @stephanieelliottphoto)

1. Daughter of Susan Sarandon, Eva Amurri Martino, has posted an incredibly open blog detailing a traumatic incident. A night nurse that she and her husband had helping with their newborn fell asleep and dropped him last month, causing a cracked skull, which led to bleeding on his brain. While the infant, Major, has recovered without any more problems, Eva wrote the letter — which will surely open her up to even more criticisms and parent shaming — as a way of helping to deal with her guilt and depression caused by it. “With open arms, I welcome 2017 as the year I learn to forgive a little deeper, to let go a little more easily, to accept some things I cannot change, and to love myself a lot more unconditionally.”

This year has taught us a lot. But it's reminded us to practice something we've always known... "Love your pals. Love yourself". 💖😊💖Happy 2017🎉

2. This Sisterhood of the Traveling Pants party is hands down the best NYE celebration we’ve seen. Blake Lively shared an Instagram of a mini reunion with Amber Tamblyn and America Ferrera, as Blake and Amber were shown Facetiming America. “This year has taught us a lot. But it’s reminded us to practice something we’ve always known,” Blake wrote, before quoting the Sisterhood. “‘Love your pals. Love yourself.'” Words to live by in 2017!

Walking into #2017 with boldness, excitement and confidence!! Thank you to all the people who helped me achieve so many of my goals, dreams and desires this past year! Dream big and get what you want.. Happy New Year!

3. Ashley Graham’s body positive message for the new year will have you walking with your head high. It’s no secret that Ashley continues to dominate the body positive conversation, and she’s taking her message right into the new year where we need it. “Walking into #2017 with boldness, excitement and confidence!!” she captioned a photo of her strutting her stuff on the runway. “Thank you to all the people who helped me achieve so many of my goals, dreams and desires this past year! Dream big and get what you want.” The kind of motivation we love.

When your job is UnReal 😍

4. UnREAL co-stars Johanna Braddy and Freddie Stroma tied the knot!The Knot confirms that the pair married without much fanfare at The Stables at Foxhall Resort and Sporting Club in Atlanta, Georgia, on Friday, December 30. The pair got engaged this past May while they shared a sweet weekend in Vancouver together. Congrats to the happy couple!

Deleted my tweets about a certain performance because it was made in humor but taken way more meanly than intended. Not out to diss artists.

5. Josh Groban tweeted then deleted some shade at Mariah Carey. Maybe Josh is making a New Year’s resolution out of this? After jokingly tweeting, “Any time one of the greatest voices of my generation lip syncs, an angel loses its wings,” he quickly removed it, saying it was being taken more meanly than he intended, and that he’s “not out to diss artists.” Even if Mariah can laugh at herself, Josh wasn’t about to go starting any drama with Queen Mimi.

6. Quote of the day: “S**t happens. Here’s to making more headlines in 2017!” Mariah Carey’s response to her NYE performance going wrong should guide us all through 2017.

Do you have any New Year’s resolutions or mantras? Let’s hear ’em @BritandCo!