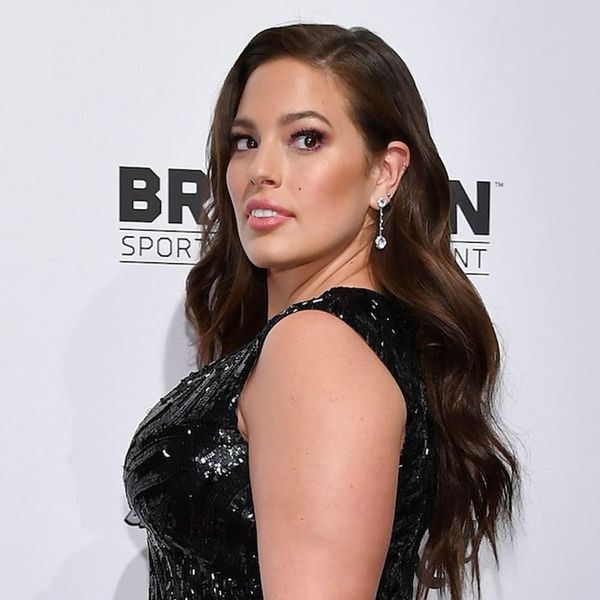 Some of 2016’s biggest lifestyle trends were totally frivolous and totally fun — hidden rainbow hair, 100 layers of makeup or the hair stencilling that ruled the summer festival circuit come to mind.

But some other trends that emerged seemed to pack a slightly bigger, more meaningful punch. Alicia Keys’ makeup-free movement was a big one, and all of the amazing women making noise about accepting yourself for the body you have is another.

While this trend emerged as a larger part of the cultural narrative in Twitter threads or even viral trends like #MermaidThighs, sometimes, it was because some of our favorite celebrities used their platform to speak up and show off. Here are some of the standout #BodyPositive moments from the past year.

1. Chrissy Teigen: After Chrissy Teigen had Luna back in April, her social media feed almost instantly turned into a document of all the things women’s bodies go through after pregnancy. From difficulties peeing to stretch marks and skin conditions, Chrissy’s normalization and destigmatization of women and their bodies has been on fire all year, and we pray it keeps going through 2017. (Image via Chrissy Teigen/Snapchat)

no thigh gap here. just a shit ton of balls 💅🖕🏿

2. Kesha: As if Kesha didn’t have enough to fight against this year, with her long-running sexual assault lawsuit against her producer, she still put herself out there in posts like the one where she waved “byeeeeeeee to haters and body shamers,” and the above pantsless snap, on which she wrote “no thigh gap here, just a s**t ton of balls,” not intending any shade to people who DO have thigh gaps of course, but instead shutting down the notion that all women should be so thin.

Dear sorry body-shamers, I looked HOT in that dress. And if you hate it, don't buy it. But please get a hobby. XOXO Ariel #EmbraceYourBody

3. Ariel Winter: The Modern Family star loves and embraces her figure and shows it off every chance she gets in figure-hugging and cleavage-baring outfits. And why shouldn’t she? When a picture of her in her grad party dress elicited comments telling her it wasn’t appropriate, she replied in the only way she should: to reiterate that she looked hot and telling them not to buy it if they don’t like it.

There is no shame in gaining weight during pregnancy (or ever). There is no shame if it takes longer than you think it will to lose the weight (if you want to lose it at all). There is no shame in finally breaking down and making your own jean shorts because last summer's are just too dang short for this summer's thighs. Bodies change. Bodies grow. Bodies shrink. It's all love (don't let anyone tell you otherwise.) Peace xx #noshame #lovewhatyouhavebeengiven

4. Anne Hathaway: Anne had her first baby back in March, and experienced firsthand how bodies can change once you’ve gone through a pregnancy and birth. In an effort to make the post-baby body conversation less about losing weight and more about women setting their own standards, Anne shared part of her own journey. “Bodies change. Bodies grow. Bodies shrink,” she wrote. “It’s all love (don’t let anyone tell you otherwise).” Anne’s message reminds women to set their own standards.

5. Dascha Polanco: AKA OITNB’s Daya, Dascha rocked the NYFW red carpet this fall in a swimsuit, opting for a stripped-down and super fierce look that embraced and showed off her body. She looked amazing. (Photo via Ilya S. Savenok/Getty)

6. Ashley Graham: It was another banner year for Ashley Graham, and she celebrated some pretty amazing career highs: her Sports Illustrated nomination, her music video debut, her first Vogue cover — and she even got her own #BodyPositive Barbie doll. “We need to work together to redefine the global image of beauty and continue to push for a more inclusive world,” Ashley said of her Barbie in a statement. “I’m thrilled Barbie has not only evolved their product, but also has continued to honor women who are pushing boundaries. It’s an honor to be immortalized in plastic.” YAAAS.

Very very honored to be nominated for 2 Grammys and to be considered to play an important and evolving icon. Is it fat shaming if you know you're not fat and have zero shame in your game? I don't think so. I am strong and proud of how I live my life and say what I mean and fight for what I believe in and I have a blast doing it with the people I love. Where's the shame? It's not there. It's an illusion. When I look in the mirror I know who I am. Im a great friend, sister, daughter and girlfriend. I'm a badass comic headlining arenas all over the world and making tv and movies and writing books where I lay it all out there and I'm fearless like you can be. Thanks to everyone for the kind words and support and again my deepest sympathy goes out to the trolls who are in more pain than we will ever understand. I want to thank them for making it so evident that I am a great choice. It's that kind of response that let's you know something's wrong with our culture and we all need to work together to change it. Anyone who has ever been bullied or felt bad about yourself I am out there fighting for you, for us. And I want you to fight for yourself too! We need to laugh at the haters and sympathize with them. They can scream as loud as they want. We can't hear them because we are getting shit done. I am proud to lead by example. "I say if I'm beautiful, I say if I'm strong. You will not determine my story. I will" #thegirlwiththelowerbacktattoo

7. Amy Schumer: When it was announced that a live-action Barbie movie may be in the works and that Amy Schumer may be tapped for the blonde lead, body-shaming critics had a lot to say about the fact that Amy wasn’t right for the role. Hardly one to keep quiet over an issue like this, Amy clapped back with an Instagram post saying that the hate is EXACTLY the reason why we needed someone who doesn’t fit exactly into Hollywood beauty standards in the role. “Thank them [the critics] for making it so evident that I am a great choice. It’s that kind of response that lets you know something’s wrong with our culture and we all need to work together to change it.”

What was an inspiring #bodypositive moment for you in 2016? Let us know @BritandCo.