Morning Buzz! Miley Cyrus Breaking Down in Tears During the Song She Wrote for Liam Hemsworth Is So Romantic + More 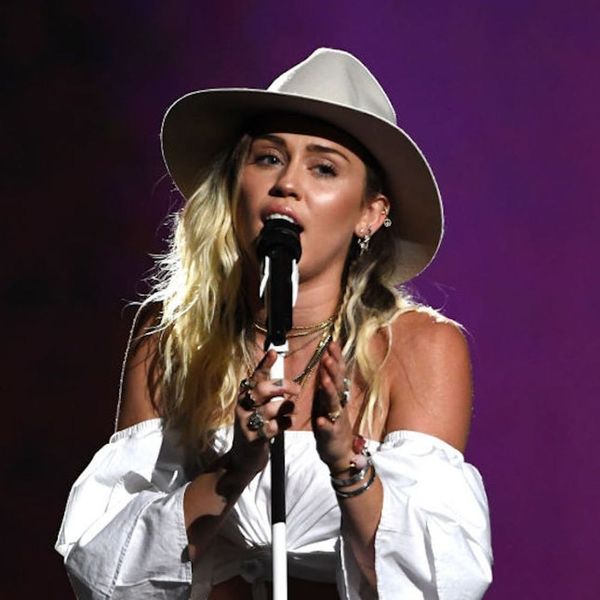 The Billboard Music Awards had so many emotional moments, and they lead this morning’s top news stories. Check those and more out below!

1. Lots happened at last night’s Billboard Music Awards— Drake broke Adele’s records and danced in the Bellagio fountain, Cher slayed, and Celine Dion made the whole world cry (more on that below). But Miley Cyrus was crying for a different reason — her personal new single “Malibu,” written for Liam Hemsworth. Cyrus killed her performance, and during the last verse, she couldn’t hold back her tears, overcome with emotion. Check it out right here — and try not to get choked up! (Photo via Ethan Miller/Getty)

2. Celine Dion singing “My Heart Will Go On” for Titanic’s 20th Anniversary will devastate you. Celine Dion made the whole universe bawl with her performance of the forever emotional “My Heart Will Go On.” Outfitted in a white gown (that many pointed out resembled the iceberg that sunk the Titanic), Dion celebrated the 20th anniversary of the song and Titanic as movie clips with Leonardo DiCaprio and Kate Winslet played behind her. Naturally she got a standing ovation, and many, including host Vanessa Hudgens, were noticeably weepy. Watch the performance over at Billboard. (Photo via Ethan Miller/Getty)

3. Pippa Middleton’s wedding band is similar to her sister Kate’s. All eyes were on every single aspect of Pippa Middleton’s wedding this weekend — including the hilarious viral pics of Kate Middleton scolding the children on hand — and now all eyes are on her ring finger as people try to get a glimpse at what band she’d wear to accompany her massive engagement ring. It looks as if she went with a simple gold band, which, as Refinery 29 points out, is not unlike the Welsh gold band Kate wears, passed down from Queen Elizabeth to keep it in the family. (h/t Refinery 29)

Billy Bush reflects on his lewd chat with Trump that led to his NBC firing: "I've tried really hard to responsibly address, accept and apologize for a really horrible moment and to work on myself." Tap the link in bio to read more. Photo: @fwo3

4. Billy Bush has finally broken his silence on the infamous Trump tape. Seven months after tapes of a conversation between Billy Bush and then-Presidential nominee Donald Trump saying “grab them by the p***y” were leaked and got Bush fired, he’s telling the Hollywood Reporter that, upon reflection, he wishes he “had changed the topic,” but says he didn’t have the strength of character to do so. “I was shocked and alarmed and totally and completely gutted. It was awful. And my participation was awful too,” he says, after admitting that he now is “grateful that it hit me all the way to my core.” Read the full interview over here. (h/t The Hollywood Reporter)

5. This horrifying video of a sea lion dragging a little girl underwater is an important reminder to respect nature. A little girl in British Columbia was pulled into the water by a massive sea lion after she had been feeding the animal from the dock. The sea lion can be seen jumping up and nipping at her, and then after she continued to feed it, the animal pulled her in. She was quickly rescued and is thankfully unharmed. “Thank goodness the young lady wasn’t hurt, but let it be a warning to everybody: Do not do this,” a spokeswoman for the Steveston Harbour Authority told ABC News.

6. Quote of the day: “Take care of those who you love who are suffering. I think it helps us all to survive.” A heartbroken Lady Gaga mourns the loss of her friend Sonja Durham, who died recently after a long battle with cancer.

Do you think it’s important to help others going through hard times? Let us know @BritandCo.