The Most Popular Halloween Costumes of 2017 Will Be… 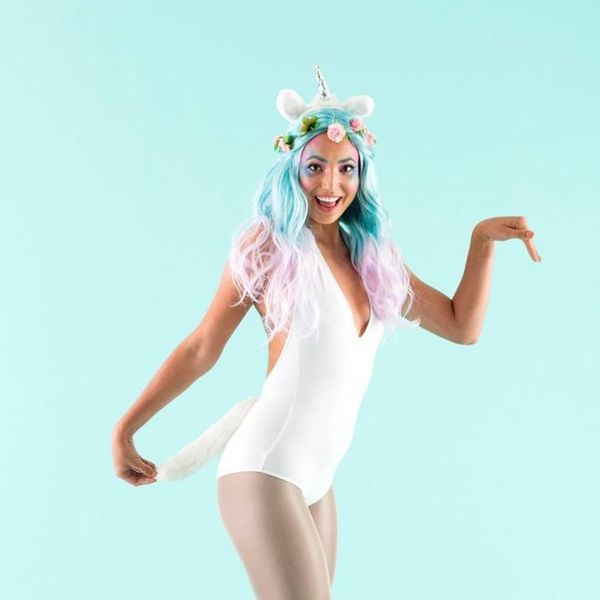 Though it’s still well over a month away, folks everywhere are already planning their Halloween costumes. And now fashion search platform Lyst has partnered with Pinterest to share the data on what are sure to be the top Halloween costumes of 2017.

Thanks to their almost 180 million monthly users around the globe, Pinterest has a good idea that the most coveted costumes of 2017 are super pop culture-inspired — people just wanna dress like their fave characters from movies and TV! Here are the top 10 Halloween costumes of the year, as predicted by what people are searching and pinning most.

"I'm every nightmare you've ever had. I'm your worst dream come true. I'm everything you ever were afraid of." 🤡🎈🗡

1. Pennywise the Clown: The big-screen adaptation of Stephen King’s terrifying 1986 book has shattered box office records, so it’s no secret that horror fans want to channel Pennywise the Clown this year. This one definitely requires some time in the makeup chair, but it’ll be totally worth it when you freak the hell out of your squad.

2. Stranger Things Characters: We were totally not surprised that the beloved cuties from Netflix’s runaway hit Stranger Things inspired Halloween costumes last year, but it seems the supernatural series is still operating at a fever pitch, because searches for ’80s tees and trucker hats are still way up. Grab those Eggo waffles, fam.

3. Belle from Beauty and the Beast: Emma Watson’s portrayal of the book-loving Disney princess won the hearts of just about everyone, so it’s no secret why so many Disney lovers are pinning yellow ballgowns to create their own “tale as old as time.”

4. Giraffe: The black cat costume? So last year. This year, it’s all about the adorably awkward giraffe, with data showing that “saves on giraffe makeup and costume images are up nearly 1200 percent on this time last year on Pinterest.” Whoa, that’s a tall order.

5. Wonder Woman: This one should come as a surprise to no one, but Wonder Woman didn’t merely dominate the box office this summer… she’s also set to dominate our Halloween parties too, because everyone is trying to channel their inner Diana Prince this year. There are more than 230,000 Wonder Woman costume ideas saved on Pinterest right now, and we’re lovin’ all that girl power.

6. A Game of Thrones Character: If you’re looking for a costume for your whole crew, look no further than Daenerys Targaryen and Jon Snow, because GoT mania is still at an all-time high. Winter might be coming, but your squad will win any costume contest when you roll up in your Khaleesi-inspired looks.

7. Baywatch babe: Though the Baywatch reboot was panned by critics and viewers alike, it seems there’s no shortage of bikini babes eager to don the iconic red swimsuit this Halloween, because data shows that global searches for red one-piece swimsuits increased by 240 percent this summer. Washboard abs not included, of course.

8. Hippie: A hippie costume is perfect for anyone feeling the wave of political distrust this year, or simply those looking to rock their best boho-chic duds. And with round sunglasses and printed pants in another wave of popularity, you may not even need to look further than your closet for this one. Groovy, man.

9. Unicorn: Color us shocked that searches for “unicorn” are up 130 percent on Lyst since May, which coincides with the release of Starbucks’ punchy Unicorn Frappuccino. With everything coming up unicorn these days, it’s no secret why the mystical horned wonder is dominating the costume scene this year.

10. Mermaid: If you’re looking to swim up from under the sea this Halloween, look no further than the mermaid costume, which is set to take center stage at Halloween parties this year. Just make sure you don’t let anyone named Ursula steal your voice, and you’ll have a flipping good time dressed as our favorite magical sea creature.

What costume are you planning for Halloween this year! Tweet us a photo @BritandCo.