Here’s What to Watch on Netflix + More This Month 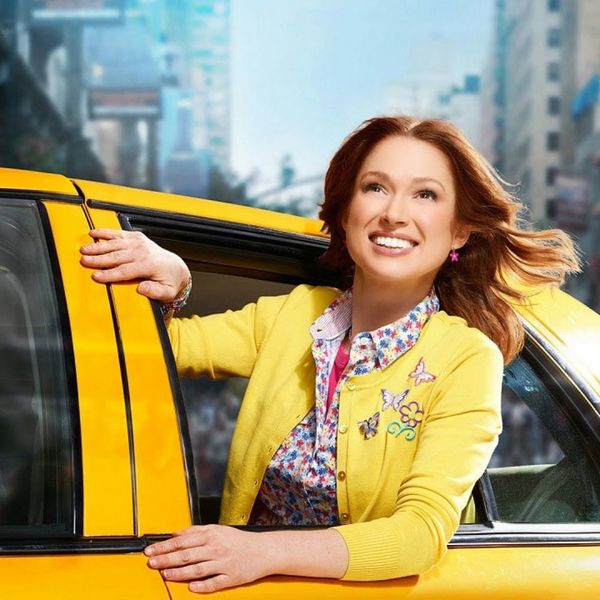 House of Cards isn’t the only cinematic goodness hitting the streaming waves this weekend. March is bringing new titles on Netflix and Amazon Prime, and we’re definitely ready to get our binge on. Over the next month, there are some old favorites and new obsessions coming your way. Grab your coziest throw blanket and get a giant bowl of popcorn ready, because your queue just got way longer.

1. House of Cards, Season Three: All we can tell from the teaser is that there’s some trouble in Francis and Claire’s twisted form of marital paradise. Somehow, as dark as this political drama gets, we still can’t stop watching it. (photo via Netflix)

2. Unbreakable Kimmy Schmidt: 30 Rock veterans Tina Fey and Robert Carlock reunited to create this Netflix Original comedy starring The Office‘s lovely Ellie Kemper. She plays a woman who’s lived in an underground bunker for years with her family because they believed an apocalypse had left the planet in ruins. She emerges and gets a crash course in modern life via The Big Apple. We’ll definitely be tuning in to Netflix for this one on March 6. (Photo via Netflix)

3. Bloodline: If you liked Damages, then you may like another seemingly disturbing show from its creators. It’s a Netflix original with pretty obscure marketing — all we know is that it’s about a family that did a bad thing. The mystery is killing us, so we’ll definitely be tuning in. (photo via Netflix)

4. Glee, Season Five: If you’re waiting to binge watch Glee’s final season all at once, you should definitely warm up your pipes with season five on Netflix, starting March 7. It’s the only place where you can rock out to The Beatles, Demi Lovato and Lady Gaga. (photo via Twentieth Century Fox)

5. Mad Men, Season Seven: You have until April 5 to catch up on the latest Mad Men episodes before the final seven of them air on AMC. Shake up a cocktail for yourself, bust out your best ’70s attire and binge all the episodes you missed starting March 22 on Netflix. (photo via AMC)

6. Third Rock from the Sun: Long before he was everyone’s idyllic romantic in 500 Days of Summer, Joseph Gordon-Levitt was part of John Lithgow’s alien family living life as humans in Third Rock. You don’t have to love sci-fi to love this kinda-family sitcom or JGL’s ponytail. Stream on Netflix starting March 15. (photo via NBC)

7. Listen Up Philip: If indies are your jam, this one is the place to be. It stars Jason Schwartzman as a very full-of-himself writer anxious for the release of his second novel. His girlfriend is played by Elisabeth Moss, and his writerly idol is played by Jonathan Pryce. Stream on Amazon Prime starting March 6. (photo via Tribeca Film)

8. The Nanny Diaries: If you’ve ever been a nanny, then you can definitely identify with this movie starring Scarlett Johansson. Stream on Netflix on March 4, and join her as she deals with a snobby mom and crushes on Chris Evans because, duh. (photo via Weinstein Company)

9. Aziz Ansari Live at Madison Square Garden, 2015: Already having Parks and Rec withdrawals? Us too. Aziz Ansari is still funny, even when he’s not playing Tom Haverford. We’re going to get our giggles watching him do standup, starting March 6 on Netflix. (photo ia Netflix)

10. How to Train Your Dragon 2: Starting March 11 on Netflix, the kids from the first movie are bigger and better. They’re faced with another battle to keep their land, but this time the dragons are on their side. (photo via Dreamworks Animation)

11. Taxi Driver: If you’re in the mindset for some dark, vintage DeNiro, this flick is a classic. Martin Scorcese doesn’t make movies that are ideal for a cheery afternoon, but this one is definitely worthy of its spot on Top 100 film lists. Stream it on Amazon Prime starting March 6. (photo via Columbia Pictures)

12. Cesar Chavez : This star-studded biopic stars Michael Peña as Cesar Chavez, alongside America Ferrera, Rosario Dawson and John Malkovich. This is the first film ever made about Chavez, and you can catch all the action right from your couch starting March 9 on Netflix. (photo via Canana Films)

13. Finding Neverland: Mr. Depp and Ms. Winslett take you “behind the scenes” of Neverland a whole decade before Allison Williams and Christopher Walken performed it live. The movie is about the Peter Pan playwright’s life, which inspired the classic story. It’s no Hook, but this is a great one for a little whimsy on a Sunday afternoon. Stream on Netflix starting March 1. (photo via Miramax)

14. Patch Adams: This is a definite crier, not only because of the story, but also because the late, great Robin Williams is no longer with us. In this movie, he plays a version of an actual doctor/activist in the 1970s who provided healing and laughs. Stream on Netflix starting March 1. (photo via Universal Pictures)

What title are you stoked to watch? Let us know in the comments!

Katelan Cunningham
Katelan is a tech junkie obsessing over all things startup and design. She has entirely way too many apps on her phone and is no stranger to binge-watching. She accidentally fell in love in Los Angeles and that’s where she currently lives, writes, tweets and grams.
Netflix
Tech
Netflix Streaming
More From Tech