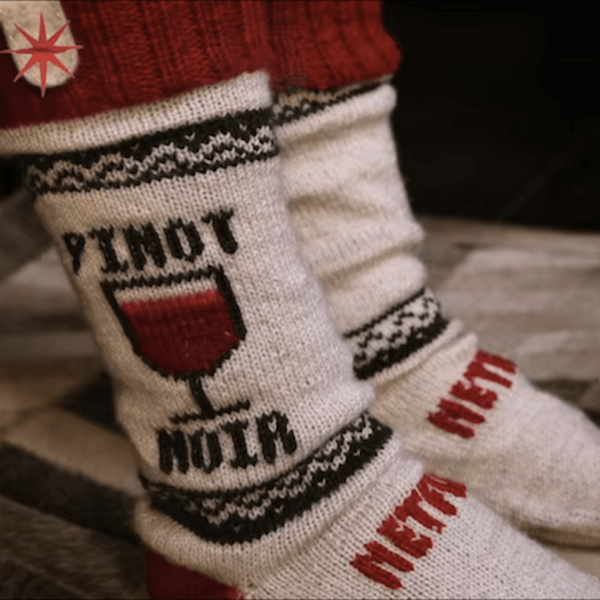 Raise your hand if this is a familiar scenario: You settle down on the couch after a long day to pick up where you left off on your last Jessica Jones (hooray for Netflix’s original programming!) binge when, about an episode and a half (or four episodes and a half) in, you doze off. Shoot. Now you have to scroll through like two or three episodes to figure out where you fell asleep. What a PITA. Luckily, Netflix has a super clever solution for this all-too-common problem.

It’s called the Netflix sock. Using a sensor made with simple electronics and microprogramming, you can build a Netflix remote into a pair of socks (knitted yourself or a pair you already own). The tech utilizes a sleep detection method called actigraphy, which has a verry sensitive accelerometer that will capture even the tiniest movements.

When you fall asleep, the sock will sense that you haven’t moved in a while and automatically pause your show for you so you don’t miss a single moment. Nope, sadly you can’t buy these, but the good news is you can make them yourself! Netflix has posted the the DIYable plans for this sock online and encourages their viewers to build their own.

Watch the whole how-to video below.

Will you be making your own Netflix-pausing sock? Tweet us @BritandCo!

Kimberly Wang
Kimberly Wang writes about all things pop culture, tech, style, and beauty. She's a Bay Area transplant and has an MFA in Creative Writing from Columbia University. On a sunny New York day, you can find her hanging out with her mini schnauzer Isabelle Jellybean on a blanket in Central Park.
Netflix
Tech
Netflix Wearable Tech