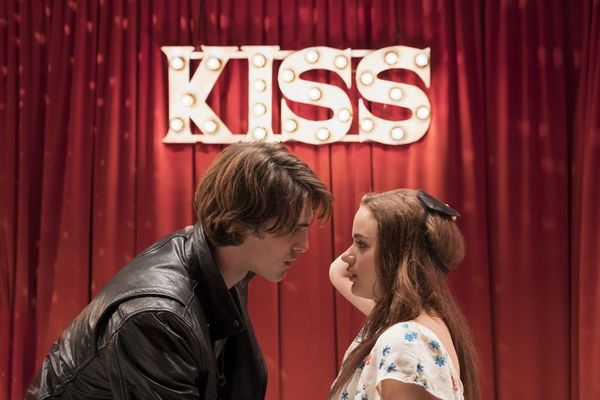 Netflix has some big things planned for 2019 and beyond — like the rumored To All the Boys I’ve Loved Before sequel, season 3 of Stranger Things, and multiple projects by Shonda Rhimes — but this past year was a gold mine of binge-worthy content, too. If we weren’t marathoning Making a Murderer: Part 2 or The Haunting of Hill House, we were probably rewatching one of the streaming service’s adorable rom-coms. And we weren’t the only ones, according to Netflix’s year-end review, which highlights the movies, shows, and stars we “fell in love” with in 2018.

The Movies We Fell in Love With This Year

Of the many, many Netflix original films released between January 1 and November 28, 2018, these are the three titles that fans rewatched the most. According to the streaming service, nearly 50 percent of viewers enjoyed a second (and maybe even a third or fourth) viewing of the first two movies.

The Shows We “Fell in Binge” With This Year

As always, there were plenty of great new series on Netflix in 2018. Of those that were released between January 1 and November 28, these 10 had the “highest average watch time per viewing session” — meaning fans just couldn’t stop hitting play on the next episode. (Yes, Netflix, we’re still here. Keep ’em coming.)

The Stars We Fell in Love With This Year

Thanks in part to their performances in some of 2018’s hottest Netflix shows, movies, and specials, these stars earned the biggest boost of new Instagram followers over the course of the year.

Which movies, shows, and stars did you watch the most on Netflix in 2018? Tell us @BritandCo.

Desiree O
Desirée O is a ‘Professional Bohemian’ who loves anything and everything related to the arts, entertainment, and pop culture. She ADORES being a ‘Newsy’ for Brit + Co, covering all of the latest tidbits of awesomeness that you want to read about. When she’s not writing, she’s either making messy art, going on long adventurous walks with her camera, or poking around over at bohemianizm (http://www.bohemianizm.com/). You can find out about Desirée O and her work at http://DesireeO.com/ or follow her on Twitter @DesireeO.
Best of 2018
Streaming
Best of 2018 Movies Netflix Streaming TV