The 3 New Books to Set Your Imagination Ablaze RN 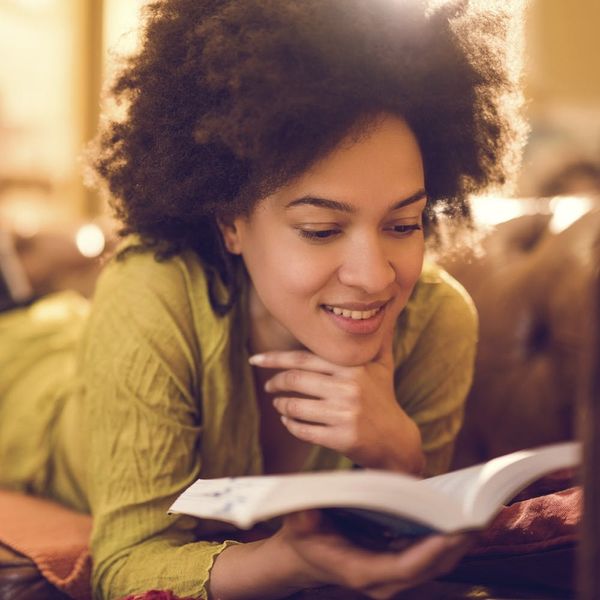 If you have emotions and an imagination, you probably loved Pixar’s Inside Out (if you haven’t seen it, you’ve made some bad decisions. Go, right now. We’ll wait). To catch you up, the movie is about the adventures of personified emotions Joy and Sadness, who live in the magical world of an adolescent girl’s brain, where, obviously, hijinks ensue. The message of the movie is to appreciate all your emotions, positive or negative, and the way it connected with so many of us speaks to imagination’s ability to be deeply moving and even change lives. This week, our book club turns inside out, because it features a journey through our emotions, a host of magical lands and Pixar itself.

1. Life Breaks In: A Mood Almanack by Mary Cappello ($29): In Inside Out, it’s easy to visualize and capture a mood, because our rapidly shifting emotional states are represented by cartoon characters voiced by the likes of Amy Poehler and Mindy Kaling (and who doesn’t wish they were your inner voices, anyway). Without using that particular visual metaphor, author Mary Cappello writes a series of nonlinear essays, memoirs and musings that seek to capture in words just what a mood is. Cappello swings between the internal and external, taking us on a joyride through the mind, through the music of Mad Men and through a museum in Maine. She is fascinated by the ability to change one’s mood based on this sort of external sensory stimulus, like a song, a touch or a particularly good book.

“I’m intrigued by the way that we align the state of being in love with a mood of being alive even as to be in love is to be apart from ourselves, least like ourselves, if not temporarily insane,” Cappello writes, of possibly the most-vaunted emotion there is. “Do we have to be taken out of ourselves to experience our most heightened moods?” Taking herself out of herself, she reflects on the moods of her past (childhood with a brooding father and mood-reckless mother), and looks to the future, telling us that to truly create, we need to be in love, not with a person, but with the idea of life itself.

Cappello’s writing is lyrical and poignant; she makes you shiver, when, talking about her partner of the past 30 years, she has the realization that “one of us will someday predecease the other, one will be required to wander around inside the hole of that and find a way to climb out with a new friend called absence as company.” That’s not to say, though, that the only mood here is melancholy; even though she has trouble trusting genuine happiness, Cappello grows to embrace it. Like she might say, “This is art that gets under your skin.”

2. Literary Wonderlands: A Journey Through the Greatest Fictional Worlds Ever Created edited by Laura Miller ($24): Once you’re done strolling through the landscape of the mind, you’ll quickly find there are many new places to explore, those wonderful worlds that equally get under your skin but have come from the minds of others. In Literary Wonderlands, Laura Miller (critic and editor at Salon.com) has collected almost 100 of these worlds in essay form; 98 kingdoms await your perusal. The worlds go by chronologically, and are loosely divided into defining “ages.”

The book, which celebrates literature’s ability to make you feel you’ve been “transported to another time and place,” is comprised of essays by a host of authors. These essays, all written in similar format for consistency’s sake, take you through these fantasy lands, from the super-familiar (Harry Potter, Don Quixote) to the slightly more obscure (Alamut, The Mabinogion), and span 3765 years of literature.

Some are skewed versions of real places, and some could never exist on this planet, or at this time. All of them, Millar tells us, share roots in myths and legend, and are linked by humanity’s shared tradition of making stuff up for fun. Read treatises on your favorite fictional getaways, or learn about somewhere new to book your next trip.

3. To Pixar and Beyond: My Unlikely Journey With Steve Jobs to Make Entertainment History by Lawrence Levy ($17): It seems unimaginable now (see what we did there), but Pixar was once on the brink of disaster. In another decision that, in retrospect, seems mystifying, Steve Jobs had been dismissed from his position at Apple, and decided with his new free time to focus his sights on a small graphics art studio he still owned. As we know now, both companies near failure rebounded into wild success. For Pixar, the galvanizing force was an entertainment lawyer named Lawrence Levy, who found himself on the other side of a phone call from Jobs, a complete stranger, and made the best decision of his life. Pixar would go on to transform into one of the most popular and critically acclaimed artistic forces in Hollywood, and Levy and Jobs would become fast and permanent friends.

Levy’s journey from outsider to visionary to wealth to Tibetan Buddhism is described in detail. In particular, Levy focuses on the minutia of making Toy Story, the project that truly drew him into Pixar’s world. Worries he was being wowed simply by technology gave way to the knowledge that what was happening was truly something special. He became enamored with technology’s ability to render an imaginative world, and how difficult it was to get it right without falling into that “Uncanny Valley” where things are just off enough to turn reverie into the creeps.

Though Levy left the company when it was sold to Disney in 2006, it still evokes great emotion in him a decade later; looking at the experience with great fondness, he writes, “this opportunity was one of the great privileges of my life.” He likens the company’s ascent to “the high-pressure grinding of tectonic plates pushing up new mountains” which “carried the intense pressures of innovation.” With that pressure, one might say he turned himself, his company and the entire movie-making world inside out.

What books make you emotional? Tag us in your next imaginative read @BritandCo.