3 Comfort Food Books You *Need* to Curl Up With RN 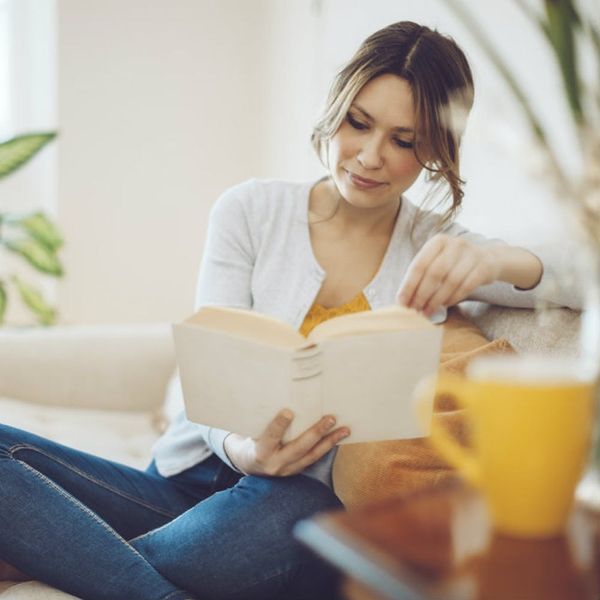 Books are great for any occasion, mood or need. They can be highbrow, lowbrow or any brow in-between (just not unibrow). Sometimes you want a set of highly intellectual and dense tomes to keep your mind in shape, and sometimes you just need to snuggle up with some literary comfort food. This week’s book club is all about those guilty pleasures: a reprint of a royal romance, a group of gorgeous gentlemen and an ode to the king of comfort food, pizza.

1. The Royal We by Heather Cocks and Jessica Morgan ($9): “I fell in love with a person, not a prince; the rest is just circumstance.” Heather Cocks and Jessica Morgan, the Fug Girls of Fug Nation, have steadily made a name for themselves as a sort of online Joan and Melissa Rivers, critiquing celebrity fashion with devastating but kindhearted humor on Go Fug Yourself. In their first novel, which came out in hardcover last April, they tell the story of a fictionalized Will and Kate who meet at Oxford and fall in love, except Kate is an American named Bex Porter, and Nick is the heir to the throne. The night before the wedding, Bex, who’s never been interested in cliché princess fantasies, wonders whether the sacrifices she’s made for love have been worth it. Will she go through with it, or break a royal heart and a country’s dreams?

Cocks and Morgan throw Bex and the reader alike into all the roar of the drama and the heat of the spotlight that comes with courting royalty, asking us whether it’s possible to gain a public persona without losing some of your personhood. “I don’t know what to do… I can’t lose myself in a book,” frets the fraying Bex. Luckily, we can. Last year, the book hit the New York Times Summer Reading List, and guess what? Summer’s around the corner, and The Royal We is still as dishy and decadent as ever. If you missed this one the first time, grab the paperback (it has a brand-new bonus chapter).

2. Hot Dudes Reading by Hot Dudes Reading ($17): “New Yorkers often find themselves doing it in public,” says the preface of our next book. Reading, that is, and obsessing over a potential future with the other reader across the aisle. Guys, deep in thought, poring over their favorite books. Is there anything hotter? Hot Dudes Reading began as an Instagram account that exploded in popularity, because, well, it’s all photos of hot dudes reading (#NoKindles). It’s been described as “Humans of New York meets Porn For Women” (and all of these specimens were found in the wild, or at least the wilds of the New York subway system). The book takes readers through all five NYC boroughs through the subway system, separating the chapters by line, so that you can figure out whether the A or D train suits your style.

One of the reasons for the account’s popularity was the wickedly funny and creatively lascivious captions by the editorial team, which are here in full force. They’ve even tracked down some of their original “highly literate hotties,” from “History Buff” to “Soccer Stud,” for interviews.

“I never expected that my own admittedly inappropriate daydreams about strangers on the subway would find a following on Instagram, and lead to writing a book with my best friends, but here we are,” writes the anonymous team. So now’s the time to get in a little “reading” of your own. You might not want to read this one on the subway, but then again, you just might. Who knows what sort of #NovelTease you’ll meet?

3. Where to Eat Pizza by Daniel Young ($21): Pizza, why do we always come back to you? Maybe because you’re nature’s most perfect food, a dazzling combination of carbs and fat that actually improves by the morning after. Pizza Rat may have found his soulmate at the bottom of the stairs of the NYC subway, but your palate might be a little more refined. In Daniel Young’s Where to Eat Pizza, over a thousand experts in the industry and kitchen alike give advice on how to find the perfect slice, anywhere and everywhere.

With this guide in your hands, really good pizza will never be more than a few minutes away. The book contains listings for more than 1,700 approved pizzerias across the globe. Coverage ranges from more famous pizza locales like Rome, New York or Chicago (whatever side of that debate you’re on, you know that both US cities had to be included), to the perhaps less famous pizzerias of Norway. The advice doesn’t just stop at “where,” but also includes “when,” and “what” — the intricacies of the best times to go, and particular specialties to be ordered, from secret ingredients to perfect sauces. You could call this an encyclopizza — or you could just call for delivery.

What books do you love more than pizza? Tag us in your next delicious read @BritandCo.