3 Short Story Selections for Summer You *Need* to Read 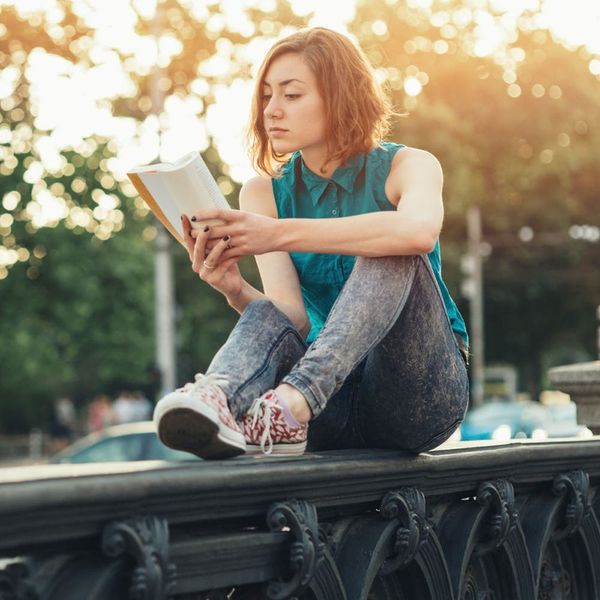 One of the most famous lines in Shakespeare’s A Midsummer Night’s Dream goes a little something like, “though she be but little, she is fierce.” We think the same advice applies to the smallest but fiercest form of fiction — the short story. Spend this midsummer reading some of the newest, hottest and best short stories out there; we promise you won’t be bewitched by fairies unless you’re into that sort of thing. You will, however, be enchanted by these tales of fascinating women, living courageously — and perhaps a little dangerously — in cities around the globe.

1. When Watched by Leopoldine Core ($9): Leopoldine Core, who Bustle calls “the author that’s turning everybody’s heads” and is the winner of a 2015 Whiting Award for emerging fiction writers, sets a series of 19 dazzling short stories in NYC, where her characters live, love and try to make sense of the world. These stories of often-marginalized characters present identity as constantly adjusting and very hard to pin down, but with so many experiences that might change your identity, it also asks, why would you want to pin it down in the first place?

Taking place in characters’ bedrooms and the transit system, in these stories of alcohol and pot, cynicism and romanticism, love and prostitution, marriage and first steps, Core writes about the experience of women making their way in a universe that seems designed to push back. “Uglier was his smile and his warning. His wish for her not to eat. For her to remain locked in a single state of attractiveness, like a woman in a painting, with no body fat or smells, nothing to say…Kit laughed obediently, which felt like the worst kind of sex.”

Kirkus calls it an “important contribution to queer literature,” and ’80s movie darling/Brat Packer Molly Ringwald writes that Core “captures an essence of her generation” (shades of Girls?) In any case, When Watched is definitely a collection worth watching.

2. Clothed, Female Figure by Kirstin Allio ($13): Another promising writer emerges in Kirstin Allio, who recently received both the National Book Foundation’s 5 Under 35 Award and the Dzanc Short Story Prize, and was a finalist for the LA Times’ award for her first work of fiction (it’s okay to hate her just a little). Her 10 short stories are linked by their central concept of women at some sort of crossroads; that is if the crossroads were also at the edge of a cliff.

Allio shows us women of all ages, relationships and careers. There’s a mother who’s gone missing, to the torment of her alcoholic daughter; there’s a battle between a new wife and her mother-in-law; there’s a nanny who has a serious secret. There are janitors, sociologists, housewives and feminists. There are descriptive passages about hot, stuffy New York summers with “the climate of dog’s breath.” There aren’t a lot of major events, but the beauty of short stories are their finely observed details, and Allio’s stories burst with them, and character-revealing tidbits like “if she kept me past eight, my employer would begrudgingly offer me one row of her takeout sushi.”

Author Elizabeth Crane (The History of Great Things) calls it “quietly astonishing,” and a previous Brit + Co Book Club writer says the “stories seduce us with voluptuous detail, sly wit, and unexpected, evocative imagery.” Allio’s particularly good at giving voice to the nearly silent, whether due to heartache or social anxiety, as one of her characters slyly observes, “in the city, you don’t have to make contact. The more people around you, the greater the buffer for your isolation.” If you need a party break, curl up with this one.

3. Malafemmena by Louisa Ermelino ($10): If, on the other hand, you want a book that makes you feel like you’re at a great party, pick this one up off the shelf. Malafemmena, true to its name, is full of women behaving “badly,” but they’re not exactly evil women — just in a bit of trouble. Ermelino (Joey Dee Gets Wise, The Sisters Malone), the Reviews Director at Publishers Weekly, gives us a group of 16 short stories, some extended, some just sketches, about women so cool, they’ll take the edge off the most roasting heatwave. They take a lot of risks, whether it be with drugs, sex, work or international travel, but with a little luck, they’ll make it through (maybe).

In her first story, Ermelino tellingly declares, “You got a girl. Girls are always with you.” These women, joking, daring, smashing through taboos, may stay with you for a while. Set in New York’s Little Italy, in Afghanistan, Turkey and India, the stories are sharp-edged and biting, but many are also funny, and not a little bit strange (such as a story about eating fish heads, and a story about crossing the Afghan border with the deceased James Dean).

Delia Ephron calls Ermelino “a gorgeous writer and master storyteller. Imagine a cross between Maugham and The Sopranos.” All in all, these are some ladies whose reputation may precede them, but are worth getting to know; Malafemmena shows us that “bad” is a relative, and socially-constructed, term.

What stories stop you short? Tag us in your next bite-sized read @BritandCo.

Ilana Lucas
Ilana is an English professor, theatre consultant and playwright based in Toronto, Canada. When she’s not at the theatre or insisting that literary criticism can be fun, she’s singing a cappella or Mozart, occasionally harmonizing with the symphony, or playing “Under Pressure” with her rock handbell group, Pavlov’s Dogs.
Books
Home News
Books
More From Home News