3 Books About Unfulfilled Women You *Need* To Read RN 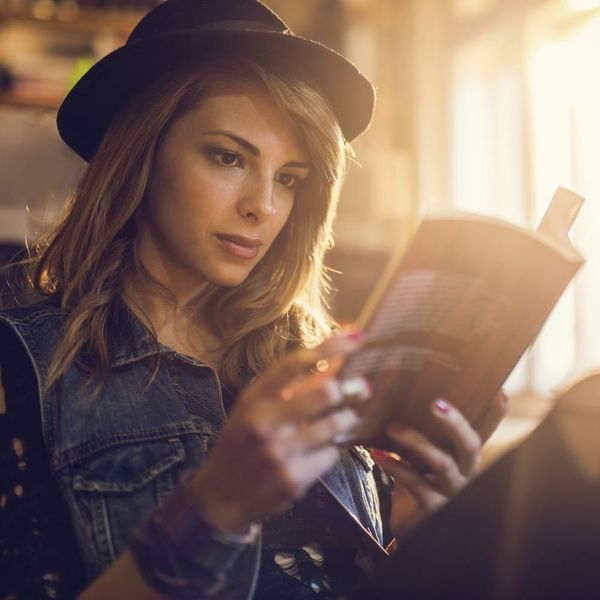 We’re not sure Langston Hughes had this week’s book club in mind when he wrote his famous poem about “a dream deferred,” but it sure might resonate with the female characters in these novels. Unfulfilled, unappreciated and in one case not even alive, they collectively bemoan the choices and chances it took to get them to an increasingly frustrated stage in life. Then, they take some serious steps to change the situation. If you’ve ever felt stuck in a rut, don’t let the best days of your life pass you by; grab one of these exciting reads and get ready for some hell-raisin’ in the sun.

1. The Next by Stephanie Gangi ($22): When we say hell-raisin’, we mean it: The main character of Stephanie Gangi’s debut novel is a spirited spirit in purgatory, the ultimate rut. “This is not my beautiful life.” Joanna DeAngelis was abandoned by her younger lover, Columbia professor Ned McGowan, when her cancer relapsed, and spent her final days “dying wrong” in a social media-induced hell of her own making. As she watched Ned’s flashy new affair with “celebrity dermatologist” and online superstar Trudi Mink, her life ebbed away (and unlike most dramatic breakup reactions, that would be literally). Now she’s stuck in the Great Almost-Beyond, but she can’t move on until… well, she moves on.

Nobody said how she had to get over her lost dream, though, and soon Joanna is having the time of her afterlife, exacting some sweet revenge. She visits and causes a stir at her own memorial service, and sets about ruining Trudi and Ned’s picture-perfect life (while also finding out that things may not be so perfect after all). It isn’t just about some well-deserved torture, though; Joanna’s also looking out for her devoted dog and her two loving but troubled daughters, med school resident Anna and 22-year-old Laney, who is just starting out on her own and now feels truly alone.

Through it all, she gradually experiences the otherworldliness of life in the beyond, where memories begin to disappear, time is meaningless and you’re the ex who’s truly an “ex.” Funny, sharp and a little melancholy, if you haven’t started crossing off the items on your bucket list, this book may just haunt you.

2. Paris for One and Other Stories by Jojo Moyes ($19): Millions of readers are used to bestselling author Moyes’ writing (Me Before You, After You) making them ugly cry, but Moyes focuses her title novella and group of eight short stories on a different ugly reality: deeply unsatisfying relationships. In the novella, 20something Nell Simmons winds up in Paris alone after her inconsiderate boyfriend cancels on the romantic weekend she’s planned there; worse, it was to be her first weekend ever away with a boyfriend.

“Stuck at work. It’s a surf-and scuba-wear shop. In November. How stuck can he be?” Well, no matter; she has the unfamiliar city, she has herself, she has a double-booked hotel room and she may well have a new love interest. This comes as a bit of a surprise to Nell, whose “mother, Lilian, was fond of telling anyone who would listen that Nell was ‘not the adventurous type,’” but who would rather be “the kind of girl who goes to Paris for the weekend.”

The short stories are equally filled with detail and romance. One woman changes her life by literally taking a walk in someone else’s shoes. Other women make good and bad, legal and illegal, temporary and irrevocable changes, and either blaze a trail toward a new life or learn to appreciate the old one.

3. The Babysitter at Rest by Jen George ($16): This collection of five stories, some novella length, from up-and-comer first-time novelist Jen George, gives us five intriguingly unfulfilled women to follow. Written like an honest guidebook to the rest of your life, “Guidance/The Party” throws a woman in her thirties a party to an adulthood that’s been a long time coming (relatable) with an authoritative, mysterious robed figure trying to run the show: “I was assigned to your case. You’re now thirty-three…Though you’re visibly aging, you’ve not transitioned properly and now it’s the last hour.”

“Instruction” features a dissolute art school crowd that divides its time between art and sex, and suggests that absurdism might not be an art movement but a way of life, and “Take Care of Me Forever” deals with the loneliness and navel-gazing of a medical life. “Futures in Child Rearing” highlights our deepest fears about parenthood, and “The Sims” asks, what would you do if you could start everything over again?

George covers multiple realities, all of which contain their potential disappointments: singlehood, motherhood, youth, aging, love, self-love and lack of love, where “loneliness appears as an objective rejection by the universe.” She lampoons milestones and conditions that have been touted as hallmarks of adulthood. Throughout her social critique, an off-center, surreal energy pulses, creating a world that’s both too real and unreal. If your answer to the Guide’s question, “What have you been doing all this time?” sounds surprisingly similar to George’s — “Looking around. Watching stuff on TV. Having weird dreams. Eating sandwiches.” — then this book just might be wish-fulfillment.

Do you have other fave books about restless ladies? Tweet them to us @BritandCo.