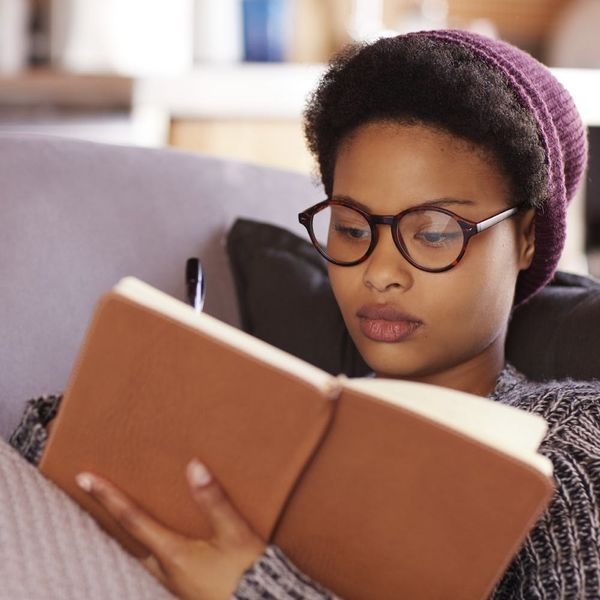 To paraphrase Jane Austen, it is a truth universally acknowledged that a woman in possession of a good brain must be in want of a book. Books about dating, relationships and social mores have fascinated us for centuries, tomes of advice and self-help for just as long. Then, speaking of Austen and social mores, there’s that weird obsession we all have with Britain and its own oddly specific social strata. In this week’s book club, we’ve got a modern rewrite of the classic Pride and Prejudice that marries Austen with Ohio, a book of funny, brashly American advice to help you through your own dating woes, and, heading back to Britain, a look at the trials and triumphs of three of the world’s most famous royal women.

1. Eligible: A Modern Retelling of Pride and Prejudice by Curtis Sittenfeld ($17) Pride and Prejudice, Jane Austen’s 1813 masterwork, is one of the most consistently popular novels of our modern age. That means so many of us feel the need to experience the story, which mixes romance and biting social commentary, over and over again, and in all kinds of different ways. It’s gone through the BBC (can anyone forget Colin Firth’s Mr. Darcy?), Hollywood (Keira Knightley most recently stepping into Elizabeth Bennet’s shoes), Bollywood (Bride and Prejudice) and even a brush with zombies; adaptations range from Aldous Huxley (the 1940 film version) to YouTube (The Lizzie Bennet Diaries). Now, Curtis Sittenfeld, famous for her own blend of social commentary and female self-discovery (Prep, The Man of My Dreams, American Wife) retells the tale for today, trading Britain for Barnard, Kent for Cincinnati. There are no zombies, but there are CrossFit routines, Paleo diets and a reality TV Bachelor-style dating show called Eligible.

New York Times bestselling author Sittenfeld casts her Liz as a late-30s magazine scribe (unlike her 20-year-old counterpart), who returns home from New York City to Cincinnati with her older sister Jane (a yoga instructor) to find their father’s health suspect, two younger sisters overeducated and unemployed, another a distance-learning recluse and their mother determined to marry off the lot. She’s got her eye on Chip Bingley, Dartmouth College and Harvard Medical School grad, who declined to marry anyone at the end of his starring stint on Eligible.

“A reality show isn’t unlike the Nobel Peace Prize, then,” Sittenfeld writes, “In that they both require nominations.” Snappy and acerbic, her characters are adept at navigating sibling rivalry with the cutting one-liner. Elizabeth Bennet has always been relatable, but she might be even more so in a world where your best friend doesn’t want to date you because “we’d be the real thing, and I don’t know if I’m ready for that.”

2. I Had a Nice Time and Other Lies: How to Find Love and Sh*t Like That by The Betches ($16): Need to spar with your real-life Mr. Darcy, or someone who’s standing in your way before you find him? Having a hard time locating Colin Firth on Tinder? You might need to learn a little more about the complexities of today’s brutally difficult dating game (seriously, it makes the byzantine social intricacies of the British Regency era seem straightforward and clear). The Betches, the force behind the online advice and humor website Betches.com and previous bestseller Nice Is Just a Place in France, present a guide to winning the dating game, for the “weirdo who reads dating books.”

The Betches will help categorize your dating woes and figure out your mistakes, with a combination of tough love and jokes. Are you a hot mess? Are you seeking a boyfriend just to have one, like some sort of rare Beanie Baby? Are you a Delusional Dater, or are you just too scared to get out there? You’ll go through the various stages: preparing to date, finding a date, possibly hooking up with said date, navigating the early stages of an actual relationship with that date and on and through the eventual (hopefully) serious relationship. If you think this is your normal self-help, step-by-step guide, though, the authors helpfully rush in to explain otherwise: “We’re here to tell you all those ‘road maps to finding The One’ are bullshit, and the only way to master the art of not dying alone is realizing that dying alone is no big deal when you’re going into the white light alongside the greatest person you know: You.”

3. Game of Crowns: Elizabeth, Camilla, Kate, and the Throne by Christopher Andersen ($17): Now that we’ve spent all this time distancing ourselves from Britain, it’s time to go back for a bit, and remind ourselves what fascinates us about the country: the history, the multifaceted traditions and oh, those resplendent royals. The Bennet sisters and their sparring are entertaining as anything, but in Game of Crowns, we get a real-life battle royale featuring another famous Liz – the cagey and powerful Queen Elizabeth, who turned 90 this week — and her complicated relationships and rivalries with Camilla Parker-Bowles and Kate Middleton.

Andersen takes us through the surprising similarities and stark differences between the women: one to the palace born, one seen as a usurper and interloper and one living a Cinderella story, from common birth to royal perch via true love. He writes of living a life of constant spectacle, where the spotlight is routine, and pageantry your profession. We get stories of the past, present and even possible future scenarios of what might happen when Liz finally leaves us (say it ain’t so!): “We think we know what will happen — as earth-shaking events go, this is one of history’s most well rehearsed. But when the inevitable scenario is finally played out, it will still have the power to mesmerize, and even to shock.”

If you’re suffering from Downton Abbey withdrawal, there’s plenty of behind-the-scenes gossip involving servants and confidantes. And, to answer your most burning question, yes, there will be corgis. Vanity Fair calls it “catnip for royal watchers,” and let’s face it, most of us can’t help sneaking at least a peek.

What books make you say YAAAS QUEEN? Tag us in your next royal read @BritandCo.