The 3 New Books That Let You Travel in Time RN 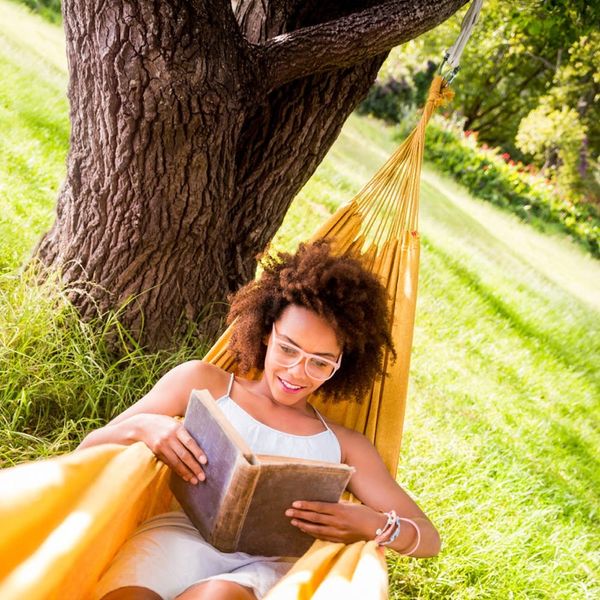 Time travel is an exciting idea, but hard to achieve. You could spend years waiting for a mysterious stranger to show up in a British police box, you could achieve a sufficient energy burst by slingshotting your starship around the sun… or you could just open one of these “books out of time” in this week’s book club. These books will take you back to fascinating eras in history, and you won’t even risk changing the timeline and becoming your own grandmother.

1. Leaving Lucy Pear by Anna Solomon ($18): Start your time travel journey by going back almost 100 years to 1917, when Lucy Pear’s story starts. Her mother, 18-year-old Bea Haven (or should we say misbehavin’?) surprises her wealthy Jewish family by choosing her own method of adoption before leaving for her piano scholarship at Radcliffe. She places her child where she hopes the Murphys, the Irish Catholic family who steals her family’s fruit, will see her. “If they were coming, this was the night,” writes Solomon. “The pears had stayed yellow and hard for so long that Bea had started to despair, but they were finally ready to pick.”

Thus, abandoned under a pear tree as a newborn, Lucy grows up markedly different from her adoptive family’s other nine children. A decade later, Prohibition and post-war xenophobic mistrust prove to be challenging, and Bea finds her world spinning off its axis, particularly when she winds up working with (and being recognized by) Emma Murphy, Lucy’s adoptive mother. Lucy herself is a wonder — outspoken, smart, and interested in wearing boys’ clothes (if you think the controversy of Target’s gender-neutral labeling just last year was bad, trying going back to the 1920s).

The book focuses on the psychology of the characters and the effect of the coming together of three very different but equally bold women, set against an expansive history lesson of fascinating real-world events. Any number of magazines (like Time and Us Weekly) have called this one of the summer’s must-reads. We call it not just a summer read, but a century of travel.

2. The Muse by Jessie Burton ($19): The next step in your time-travel journey features two more strong women from very different backgrounds, 30 years apart, who are brought together by a compelling mystery. Burton, bestselling author of The Miniaturist, lets us visit 1930s Spain and 1960s London, and meet Olive Schloss and Odelle Bastien.

Olive accompanies her rich parents (an English heiress and a Viennese art dealer) to a poor Spanish village, where she meets Theresa and Isaac Robles, the frustrated and unacknowledged illegitimate children of the village landowner. The two quickly attempt to abandon poverty by becoming part of Olive’s life. When they encourage her to hide her painting talent (while, coincidentally, Isaac is trying to succeed as a painter), her decision, like any time traveller knows, will create ripples in the decades to come.

Cue Odelle has immigrated from the Caribbean to make a home in London and work at the Skelton Institute of Art. When she finds a painting supposedly by Isaac Robles, she finds it comes with not only prestige but intrigue, as Robles’ fame comes not only from his talent but his suspicious death as a young man. Moving backwards and forwards in time, the book presents a compellingly complex and dark meditation on class and the art world, where, as Burton writes, “Not all of us receive the ends that we deserve… you have to be ready in order to be lucky. You have to put your pieces into play.”

3. Valley of the Moon by Melanie Gideon ($27): In Melanie Gideon’s Valley of the Moon, single mother Lux Lysander literally finds herself yanked out of time (in her case, 1975) when she discovers a small town in the fog of the Sonoma Valley that seems to be trapped in 1906, unchanged since the great San Francisco earthquake. (Either that, or she’s watched the musical Brigadoon a few too many times.) Gideon, author of the critically-acclaimed Wife 22, captures Lux’s longing for a simpler existence as she struggles to come to terms with the town of Greengage and her desire to remain there.

“Greengage. The burbling creek that ran smack down the middle of the property. The prune, apple, and almond orchards: the fields of wheat, potatoes, and melons. The pastures for cows and sheep. The chicken house and pigsty. The gently sloping hills, mounds that looked like God’s knuckles, where I would one day plant a vineyard.” The book details the history of the town, founded by dreamer Joseph Bell as a sort of farm commune based on fair wages and profit-sharing: “He… was doing what he was born to do — what made him happy and fulfilled. That was the entire point of Greengage. Why would anyone want to live anywhere else?”

Even when they want to live elsewhere, the rest of the townspeople have no choice in the matter, but Lux finds herself able to leave and return through the fog, creating a double life for herself. How does she decide between the contemporary universe her son loves and this shining town that promises peace (and maybe even romance)? Is Greengage really the Eden it appears? Kirkus calls Valley of the Moon “an enjoyable magic carpet ride,” which, if you don’t have that fabled police box, seems like an excellent way to travel in time.

What books transport you to another age? Tag us in your next historic read @BritandCo.