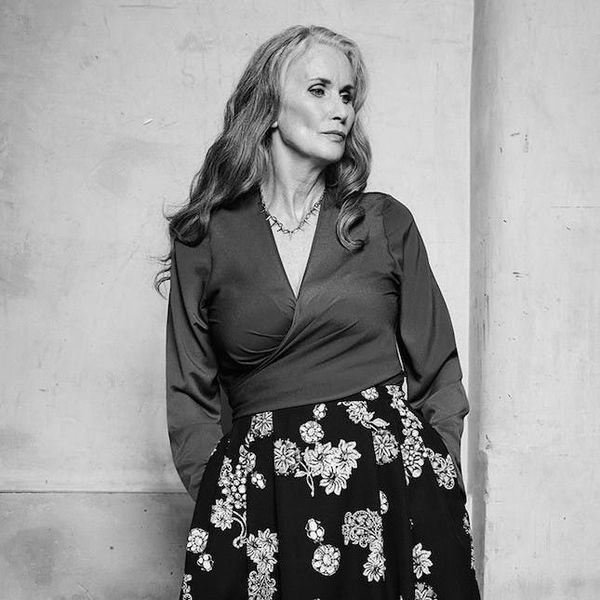 This year has been one for the history books when it comes to the modeling industry. From major contracts (hey, Tess Holliday) to serious runway shows (hey, Madeline Stuart) to enviable ad campaigns (we’ll get to her) the view of who a model is has been diversified and, in turn, normalized. Meet the latest model to eff your beauty standards — Nicola Griffin is a 55-year-old plus-size model starring in a new campaign that will give you major #lifegoals.

Represented by Grey Model Agency, an agency that signs only models ages 40 and up, Nicola is the newest face of plus-size UK brand Anna Scholz for their Autumn/Winter 2016 collection — and her photos are breathtaking. Nicola’s incredible campaign is basically a one-two punch in the face of an industry that places a premium on size and youth, and she’s proving that beauty doesn’t have a definition.

According to a Kantar Worldpanel reported quoted by the Anna Scholz blog, women over the age of 50 in the UK spend about seven billion pounds on clothing annually (that’s 10.6 billion dollars, guys) and in the US, the numbers are even more staggering. According to Business Insider, women in the US in the 45 year age group spend a whopping 750 billion dollars on clothing every year. Um, holy cow. Yet thanks to ageism, this demographic is grossly underrepresented in the fashion world.

Therefore, this Anna Scholz campaign isn’t just inclusive, it’s also smart business. The campaign features the hashtag #exclusivelyplussize and the tagline “My Favorite Age Is Now.” And in the black-and-white photos, Nicola absolutely shines. Regarding the campaign, the brand says, “Anna Scholz is a true believer that fashion should be made available to any woman, no matter her size, shape, or age.”

In your face, ageism.

What do you think of Nicola Griffin’s ad campaign? Tell us in the comments below!

Kimberly Wang
Kimberly Wang writes about all things pop culture, tech, style, and beauty. She's a Bay Area transplant and has an MFA in Creative Writing from Columbia University. On a sunny New York day, you can find her hanging out with her mini schnauzer Isabelle Jellybean on a blanket in Central Park.
Body Positive
Fashion
Body Positive Plus Size
More From Fashion