Nicole Byer Can Find Humor in Anything — And She Does, on ‘Loosely Exactly Nicole’ 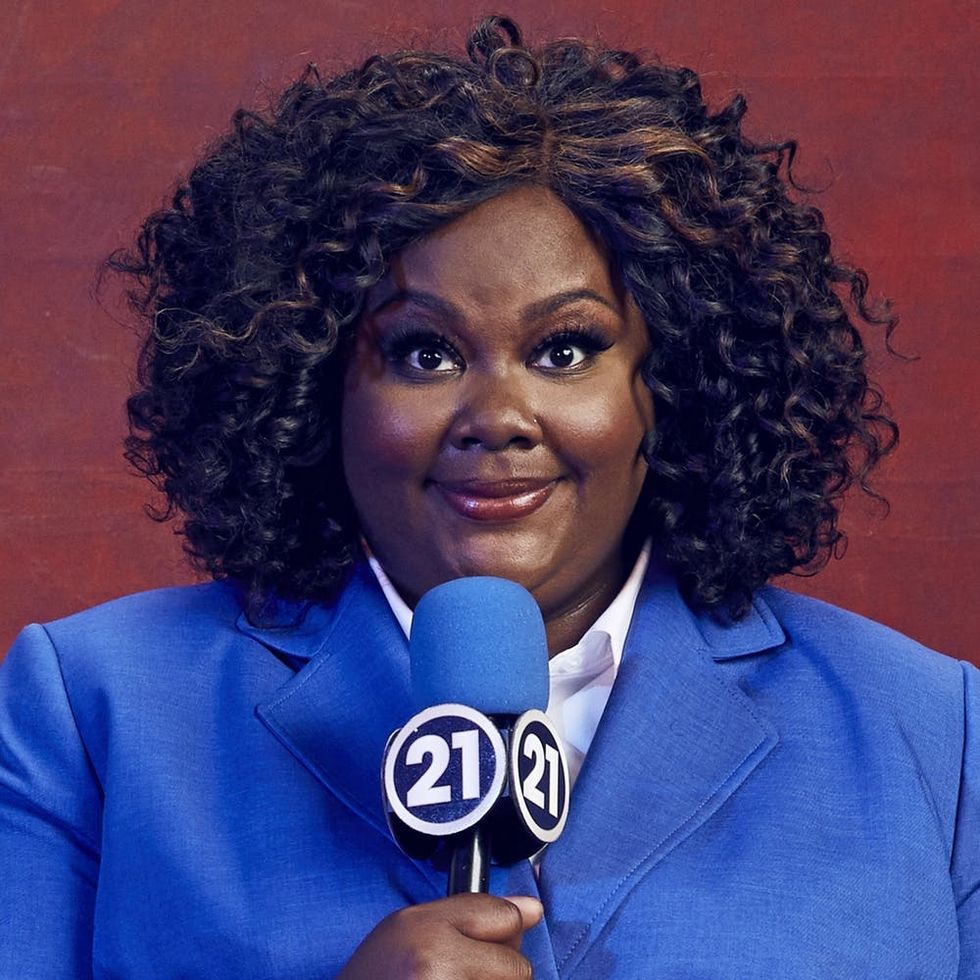 One of the funniest shows on television isn’t on television at all — it’s on Facebook. Loosely Exactly Nicole — starring comedian and actress Nicole Byer and based “loosely exactly” on her life — used to be on MTV, but it was canceled after one season and picked up for season 2 by Facebook Watch, where it lives now.

The show, which airs new episodes every Wednesday, follows Nicole (the character) on her quest to make it big in Hollywood and find the perfect leading man. It’s raunchy and unfiltered, but also charming, relatable, and laugh-out-loud funny — much like Byer (the comic) herself.

One of the best things about it is that pretty much any subject is fair game for a laugh. “I personally don’t think there’s any topics that are off limits, because I think you can truly make anything funny,” Byer tells Brit + Co, citing a recent episode about how she marks the anniversary of her mother’s death. (Byer’s mom died when she was in high school, so that’s a “real thing,” she notes.)

“I do think that there is humor to be found in that tragedy. And I do think that episode’s really funny, but I think it’s also kinda touching,” she explains. “I think it has multiple levels.”

Byer, who also writes for the show, uses inspiration from her real life for story lines, so the comedy comes from a place of truth. “Maybe the thing that’s off limits is, like, if I don’t have a personal experience with it, why do I have an opinion on it?” she says.

Fortunately for us, Byer has no shortage of personal experience to draw from, both in her love life and in her career. In addition to appearing as herself on MTV’s Girl Code and Ladylike, she’s had small parts on shows including 30 Rock, Young & Hungry, Lady Dynamite, and Transparent.

Her dream costar/collaborator, though, is Whoopi Goldberg. “I love Whoopi Goldberg so much,” she tells Brit + Co. “When I was little, I watched Ghost almost every single Sunday. I can quote it, I can say the words along with it.”

Byer is doing the same for a new generation. Besides being one of just a few Black female comedians anchoring her own scripted series, she’s very vocal in the body-positivity movement and even participated in a SXSW panel last year about how humor has changed the conversation around women’s bodies.

“Body positivity, to me, means you accept the body that you’re in,” she tells us. “And if you want to change it, you can, but you should love the skin that you’re in currently, forever. Because everyone is beautiful. No one’s truly ugly. You’re always beautiful to somebody, and you’re always ugly to somebody. You shouldn’t even worry about what other people think. You should just look in the mirror and be like, ‘I’m a f*ckin’ badass babe!’ And that took me a very long time to get to. But I like who I am. I look in the mirror and I’m like, ‘Ooh, what a sexy motherf*cker.’ I’m happy!”

Byer is all for embracing the things that make us different and unique, which is why she champions inclusivity, not just diversity. “I think more color has to be up top, because executives are the people who buy things, and they’re the people who make choices. … You kind of always go with what you know,” she says. “So if there’s more people of color who are executives, I think it would be easier to have people of color’s stories greenlit.”

In the meantime, she has a message for aspiring actors and comedians who feel underrepresented in the industry: “You’re not too fat, you’re not too Black, and you can do it! And if one door closes, another one will open. And if you don’t think you’re getting the opportunities that you deserve, do it yourself. Put your sh*t on YouTube, put your sh*t on Vimeo. Just get your sh*t out there and let the general public consume it. Nobody was chasing Issa Rae. Issa Rae did The Misadventures of Awkward Black Girl and people loved it, and then they came for her. And now she’s got a whole bunch of sh*t. So make your own opportunities.”

Loosely Exactly Nicole debuts a new episode every Wednesday on Facebook Watch, which is available for free on mobile, desktop, and via Facebook’s TV apps.