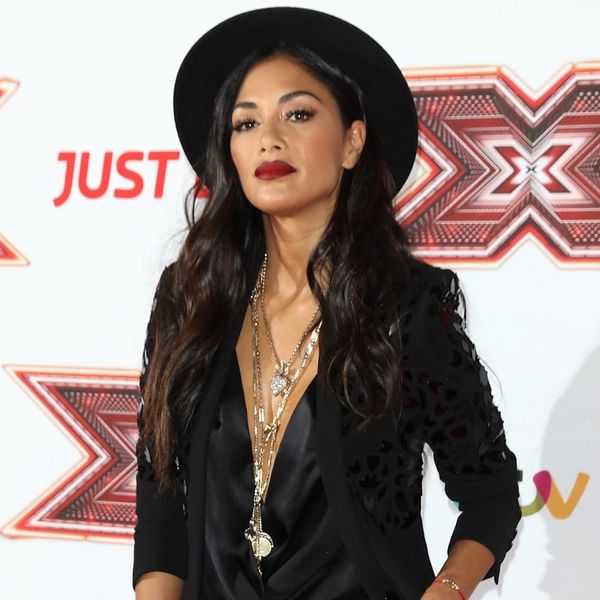 Former Pussycat Dolls front woman Nicole Scherzinger is known for her long, dark locks, so it may come as a shock that she’s parted ways with her signature flowing waves. In fact, the triple-threat now has a very on-trend lob.

Short hair, don’t care! But really i do lol 😘

Scherzinger, 39, took to Instagram to show off her fresh new cut. She posted a pic of herself with green-blue lined eyes, some statement earrings, and her oh-so-new lob. She captioned the shot, “Short hair, don’t care! But really i do lol.” But why, Nicole? We think you look great!

Though her hair once reached well down the middle of her back, it now hits just below her collarbone — and we love it. As Refinery29 noted, the last time the performer got such a major chop, it was 2015, and not nearly as radical. But she’s not the only star to undertake a major hair change. Just last week, the eldest of the Kardashian sisters, Kourtney, also took on the trending style, making for her most drastic cut in years.

Still, the sleek look was a great one for the Dirty Dancing star, who can’t seem to get enough of her new look. She also shared a pap snap of herself looking all kinds of glam with red lips, a cropped white blouse, and a denim overcoat thrown casually over her shoulders. While we kind miss the long hair, this shorter look is growing on us too!

What do you think of Scherzinger’s new look? Tell us @BritandCo!

Shea Lignitz
Shea can be found in the nearest bookstore or brewery, exploring the great outdoors, or blasting Led Zeppelin. She grew up in the cold and rain of Northern California's redwoods but is currently wandering around Texas.
Celebrities
Hair
Celebrities Celebrity Hair Haircuts
More From Hair