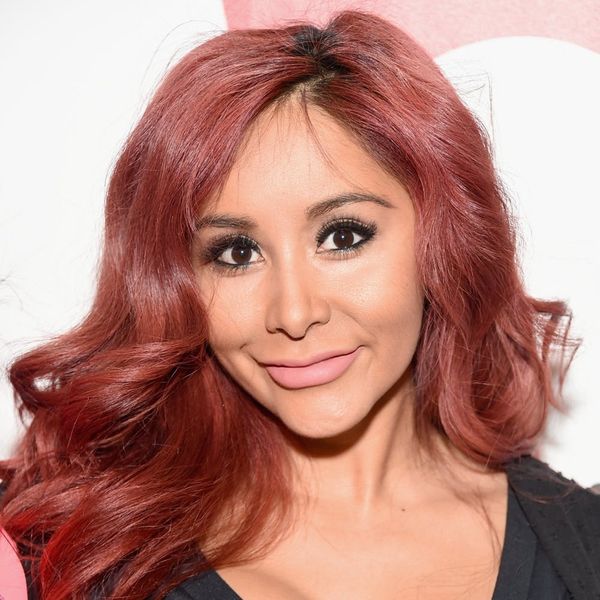 Nicole LaValle, AKA the TV personality formerly known as “Snooki,” has grown up a LOT since her days as a wild child on MTV’s Jersey Shore, going on to become an Etsy star and a Celebrity Apprentice alum and teaching us some pretty valuable lessons about adult female friendship.

She’s also now a mother of two to son Lorenzo and daughter Giovanna, and much like Chrissy Teigen, she’s not here for your parenting advice.

The business woman and reality starlet clapped back at haters who criticized her parenting style this Mother’s Day weekend, over a picture she shared of putting mascara on two-year-old Giovanni for a dance recital.

Getting sissy ready for her dance recital. This is the best Mother's Day gift to me! 😩😩 #mommysgirl #minime @essexdanceacademy

“Getting sissy ready for her dance recital,” she wrote. “This is the best Mother’s Day gift to me!”

Some saw the post as a poor parenting move, commenting to say things like, “When your child looks miserable while you are applying makeup it’s a good sign you probably shouldn’t be.”

LaValle’s page has since by FLOODED with support from both moms with comments (more than 1,602 of ‘em and counting) saying that they’ve done the very same thing and others who recall the fond memories they have from their childhood years of their own mothers playing dress up with them for their dance recitals.

So proud of my little girl! ❤ (instead of not posting my kids for the people who respect and appreciate their photos , I will turn off the comments section. I don't need assholes telling me how to raise my child and judge them. I'm a damn good mom and know what I'm doing. Well most of the time.) Happy Mother's Day to all you kick ass Mamas out there! ❤

LaValle had something to say on the matter herself, however, posting a follow-up pic of her and Giovanna smiling big for the camera along with the following statement. “So proud of my little girl. (Instead of not posting my kids for the people who respect and appreciate their photos, I will off the comments section. I don’t need a**holes telling me how to raise my child and judge them. I’m a d*amn good mom and know what I’m doing. Well, most of the time. Happy Mother’s Day to all you kick ass Mamas out there!”

Good for you, Nicole — and happy Mother’s Day to you, as well!

Makeup on kids for dance rehearsals: Yes or no? Let us know over @BritandCo.

Nicole Briese
Nicole is the weekend editor for Brit + Co who loves bringing you all the latest buzz. When she's not busy typing away into the wee hours, you can usually find her canoodling with her fur babies, rooting around in a bookstore, or rocking out at a concert of some sort (Guns N' Roses forever!). Check out all her latest musings and past work at nicolebjean.com.
Controversy
Celebrity News
Controversy Parenting
More From Celebrity News