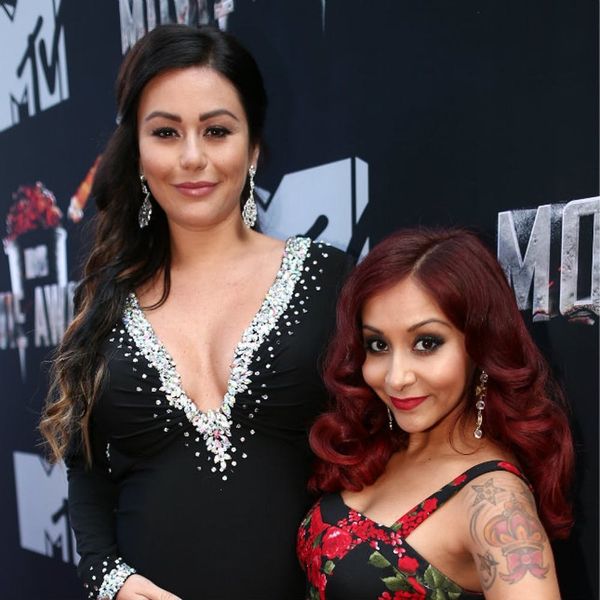 In 2009, a group of kids from New Jersey took the pop-culture world by storm, dragging the drama and partying of reality TV to crazy new levels. They turned acronyms like “GTL” (Gym, Tan, Laundry) and “DTF” (Down To F**k) into common phrases that are still used to this day. And they somehow made the scheduling of a shared conjugal room (the “smush room”) in their rental house into a decent act of roommate camaraderie.

We’re talking, of course, about the cast of Jersey Shore, the smash hit show from MTV that everyone you knew watched as a “guilty pleasure” (no such thing!). It has since spawned a handful of remakes around the world, multiple universities have even taught classes on the show (yes, way) and in its first year, the cast made Barbara Walters’ annual list of the year’s Most Fascinating People.

Now, seven years later, through the fistfights, partying ’til they puked, the Angelinas and the brutal Ron and Sam fights, some of them even managed to build lasting friendships.

From Seaside Heights to Miami to Italy and back, Snooki (Nicole Polizzi) and JWoww (Jenni Farley)’s bond was the best. They shared hungover shifts at the Shore Store, talked each other through breakups and makeups and, of course, grabbed each other’s boobs (AKA, a pretty typical BFFship, right?). All this time later, they’re still at it. Last week, on their latest show Moms With Attitude, we got to witness Jenni introducing her newest little baby boy, Greyson, to Nicole and her kids, and okay… fine, maybe we teared up a little!

Obsessed with this #MeetGreyson @go90 episode!! Go to jennifarley.com for more details 😍😍😍

They met when they were in their early 20s, and the evolution of their friendship to present day — as they turn 30, build professional empires and raise their families together — is the stuff #friendshipgoals are made of.

The pair’s first spinoff for MTV, Snooki & JWoww (on which the girls were producers), a self-proclaimed modern day Laverne & Shirley, saw the pair moving into an apartment in Jersey City and taking on the world as young adults. Soon, Snooki was pregnant, and the show really found its footing after taking a more mature turn and staying true to Nicole and Jenni and their evolving married/pregnant/engaged lives.

After four seasons, a few babies, new houses, weddings and more, Nicole and Jenni parted ways with MTV, and their new show Moms With Attitude can be seen through the free go90 app every week. The segments are full of the hilarious and honest banter we’re used to from our favorite Jersey girls — talking motherhood, domesticity, beauty and everything else (bodily functions, plastic surgery, sex). Really, these two aren’t afraid to cover it all, and that’s why we love ’em. The weekly segments take just a couple of hours to make, instead of the non-stop camera access their previous show required. The BFFs made the decision so that their kids wouldn’t have to grow up in that environment. Good for you, ladies.

Nicole and Jenni are even godmothers to each other’s kids, because this is a beautiful, big-haired BFFship for the ages. It just goes to show that when you find your boo, your poop or whatever affectionate nickname you give your bestie, you hang on tight through all of life’s curveballs and never let go.

Do you have a Snooki to your JWoww? Let us know over @BritandCo!