No, the ACHA Does Not Say Periods, Pregnancies, and Sexual Assault Are Pre-Existing Conditions 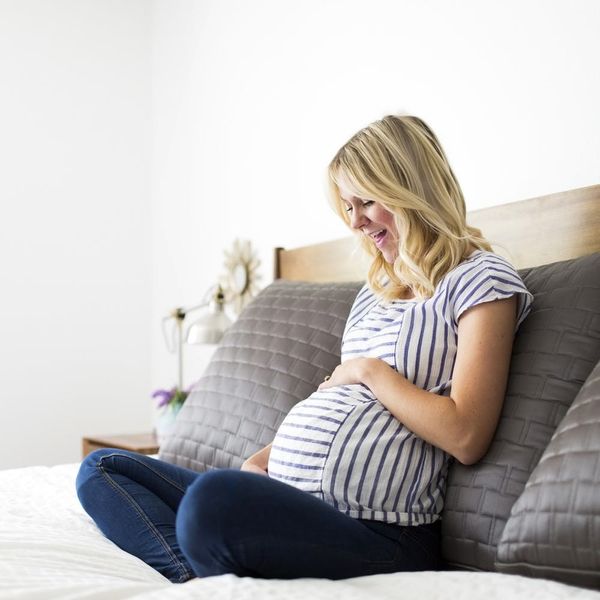 House Republicans passed a new health care bill on Thursday that could hugely affect health care options for millions of Americans, and in some ways, specifically women.

The American Health Care Act (AHCA) would replace the Affordable Care Act (called the ACA or Obamacare), and since yesterday there’s been a lot of concern about what might be considered a “pre-existing condition” under the new plan. The list is long, and it includes common conditions like allergies and, yes, menstrual irregularities, sexual assault, and pregnancy. But does this mean that, now, anybody with any of these conditions can’t get coverage? Not exactly.

What does the AHCA actually do?

So, what exactly does that mean? Two main points:

1. The AHCA doesn’t allow companies to deny coverage outright (a practice that is currently illegal because of the ACA).

2. The AHCA would let insurance companies charge prices so high that many simply wouldn’t be able to afford the cost of insurance and be forced to go without healthcare.

How is the AHCA different from Obamacare?

While the ACA isn’t perfect (more than 28 million Americans still don’t have insurance), it ensured both that pre-existing conditions would be covered and that prices didn’t go through the roof for patients with these conditions. Obamacare also required insurance companies to cover “essential” care, such as maternity and infant care, and prescription medicine.

How does the AHCA affect women differently?

According to a 2016 report from the Kaiser Family Foundation, insurance companies took adverse actions against women who had a history of “menstrual irregularities” before Obamacare was phased in. The KFF found that women with irregular periods were forced to pay much higher premiums, denied coverage for care related to the irregular periods, and had higher deductibles and overall limited benefits.

Pre-ACA, most insurance companies also denied coverage to pregnant women, and even men who were partnered with an expectant woman, according to a 2009 report from the National Women’s Law Center. NWLC reported that only 13 percent of plans available to 30-year-old women in the individual insurance market provided maternity coverage. What’s truly sad is that this was an improvement: It was only 12 percent of plans in 2008.

If insurance companies are allowed to deny pregnancy coverage, the cost of being pregnant will skyrocket. Before the ACA required insurance companies to cover pregnancy and maternal healthcare, pregnancies could cost up to $20,000, according to Vox. And that’s just if everything goes smoothly. Anything that goes wrong in a pregnancy would require even more care, which means even more cash out of pocket.

Not only were insurance companies in the habit of denying coverage for pregnancies pre-ACA, but also for refusing to cover women who had previously been pregnant, had a C-section birth, or used fertility treatments, according to the NWLC.

#IAmAPreexistingCondition – the simple fact that I exist as a trans woman means that I can be denied insurance under the AHCA.

Interesting how being trans is considered a pre-existing condition on #AHCA but it's a "choice" when it comes to where one can urinate. #smh

While insurers pre-ACA were in the habit of denying coverage and benefits to women with very common “conditions” such as pregnancy or irregular periods (even a history of UTIs was cause for some insurance companies to jack up premiums and deductibles), they didn’t bat an eyelash at conditions common among men. Erectile dysfunction, for example, was not cause to turn men down for coverage.

The idea of returning to the days where many more millions of Americans — and women, in particular — are priced out of or denied care is very scary. But this bill isn’t a law yet, and in fact, it’s looking very unlikely that the AHCA as it’s currently written will receive any consideration by the Senate.

Okay, so what’s likely to happen instead?

The Washington Post reports that Senate Republicans are already planning to craft their own version of the bill. Several Republican senators have expressed concern over how the AHCA could negatively impact their constituents.

Republicans will need 51 votes to pass their bill in the Senate, and with only 52 Republicans in the Senate, they’ll need everyone on-board to pass their version. If the Senate can pass their own version, the bill will still have to go through a “conference” process where both the Senate and the House hash out differences between their own versions of the legislation. Then the bill still has to pass both bodies of Congress before it can go to the president to be signed or vetoed.

Though millions of people still don’t have insurance under Obamacare, it at least protects people from being denied care because of their pre-existing conditions. Despite the threats posed to existing healthcare laws by the House’s AHCA, it looks as though the Senate won’t let this version pass.

What do you think about the House’s AHCA bill? Tell us on Twitter @BritandCo.