10 of November’s Must-Read YA Books 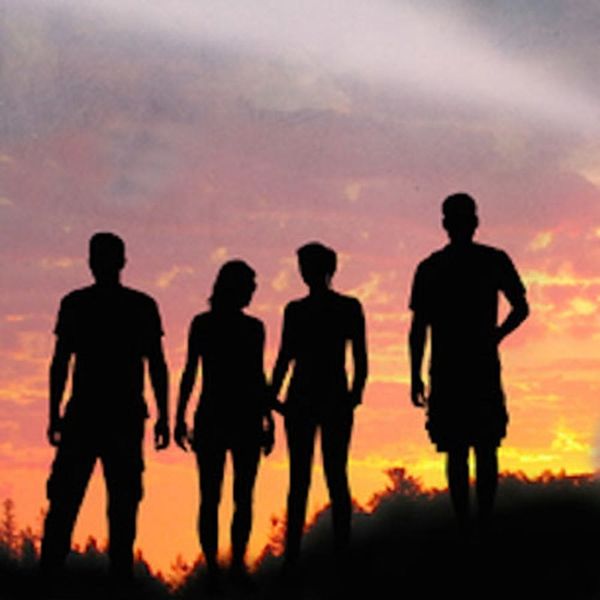 Books are the bomb. There’s hardly a better way to spend a lazy afternoon than book hunting around indie bookstores or rereading an old favorite. They truly have something to offer everyone, no matter what your taste is. We’ve got you book lovers covered with these ten must-reads for November. Throw on a flannel, grab a cup of apple cider and stay cozy with these great stories.

1. Love and Other Alien Experiences by Kerry Winfrey ($7): Mallory Sullivan is determined to break out of her shell. She hatches a plan to convince her school’s resident hottie — a Tim Riggins clone named Brad Kirkpatrick — to go with her to the homecoming dance. Follow Mallory along her journey, which kinda requires that she leave her room for the first time in 67 days.

2. Young Widows Club by Alexandra Coutts ($14): Marriage to her musician boyfriend is young Tam’s ultimate rebellion against her father and stepmother. But when she finds herself widowed just a few short weeks later, she’s forced to figure out a way forward while simultaneously returning to a life she thought she had left in the dust.

3. Dangerous Lies by Becca Fitzpatrick ($13): The New York Times bestselling author of Hush Hush is back at it with this novel that centers on the fresh start that teen Stella Gordon is forced to make. Stella witnessed a violent crime and finds herself having to start over completely after being placed in the Witness Protection Program.

4. Hello? by Liza Wiemer ($10): This story is told from the different viewpoints and styles — from narration to drawings to screenplays — of five Wisconsin teens after one phone call links and transforms them in ways they never could have anticipated.

5. If Only by Richard Paul Evans ($11): The author of The Christmas Box and The Mistletoe Promise brings us a beautiful book about the unique love two teens — Grace, a dumspter-diving runaway, and Eric, a Utahn transplanted to California, find in each other.

6. It Ended Badly by Jennifer Wright ($16): Breakups are the worst, but some are definitely worse than others. By sharing breakup stories of epic proportions — from Nero sentencing everyone he had ever loved to death to Oscar Wilde’s lover who abandoned him after Wilde went to jail for him — It Ended Badly makes things like Carrie Bradshaw’s post-it breakup debacle seem downright polite.

7. All the Major Constellations by Pratima Cranse ($9): This debut coming-of-age novel has all the makings of a good read. It explores everything from infatuation to spirituality and is sure to resonate with anyone who has ever struggled a bit to find themselves (aka everyone).

8. The Anatomical Shape of a Heart by Jenn Bennett ($12): This novel follows Beatrix, who has iron-clad summer plans until she collides with Jack, a handsome San Franciscian and notorious graffiti artist. Their time together — taking place largely on rooftops and late night bus rides — starts to bring out the skeletons in both of their closets, begging the question: Can they survive their secrets?

9. The Lies About Truth by Courtney C. Stevens ($14): The author of Faking Normal has crafted the story of Sadie Kingston, who, after a horrific car accident that kills her best friend and leaves her body forever changed, begins to fall for her best friend’s brother, Max. With the help of Max, Sadie makes progress on the bucket list she’s devised to help herself heal.

10. November 9 by Colleen Hoover ($11): Fallon meets Ben, a writer, on the last day before her move across the country. Throughout Fallon’s final day, during which the pair is inseparable, Ben finds the inspiration he needs for his next novel.

Which of these page-turners will be keeping you cozy this month? Let us know in the comments below!

Cinnamon Janzer
Cinnamon hails from the prairie lands of North Dakota, has been told that she thinks too much, and loves using oxford commas. She's a writer and editor whose work has been featured in FastCo.Exist, GOOD.is, and more. Cinnamon currently lives in Nicaragua with her dog, Gus.
Books
Pop Culture
Books
More From Pop Culture