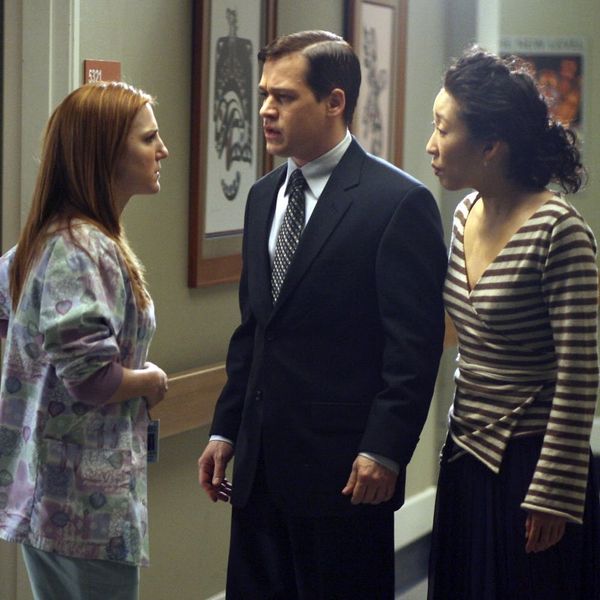 We’re always happy — okay, almost always — to see some new faces on Grey’s Anatomy. (Case in point: the swoon-worthy Dr. Nick Mars, played by former Felicity star Scott Speedman.) But we love a good blast from the past, too — hi, Teddy! — and the people behind the scenes are about to hit us with a big one.

According to Entertainment Weekly, the April 26 episode of Grey’s will feature the return of former Seattle Grace staffer Olivia Harper (Sarah Utterback). Longtime fans of the medical drama will remember Olivia from the first six seasons of the show as a nurse at Seattle Grace who was let go amid layoffs prior to the merger with Mercy West Medical Center.

Before she left, though, Olivia made quite an impression. She not only handled her fair share of medical emergencies and life-saving situations, but she also faced her own health issue during a syphilis outbreak. After contracting the STI from a casual hookup with Dr. Alex Karev (Justin Chambers), she inadvertently passed it on to Dr. George O’Malley (T.R. Knight) when they began a relationship.

According to EW, both Alex and his newly minted fiancée, Dr. Jo Wilson (Camilla Luddington), are “thrown for a loop” when Olivia returns to the hospital with her son.

We don’t have any other details about the nature of her visit to Grey Sloan Memorial Hospital, but knowing Grey’s, it’ll be must-watch TV.

What do you think will happen when nurse Olivia returns to Grey’s Anatomy? Let us know @BritandCo!