Octavia Spencer Says LeBron James ‘Had to Intervene’ to Get Her Fair Pay for ‘Madam C.J. Walker’ 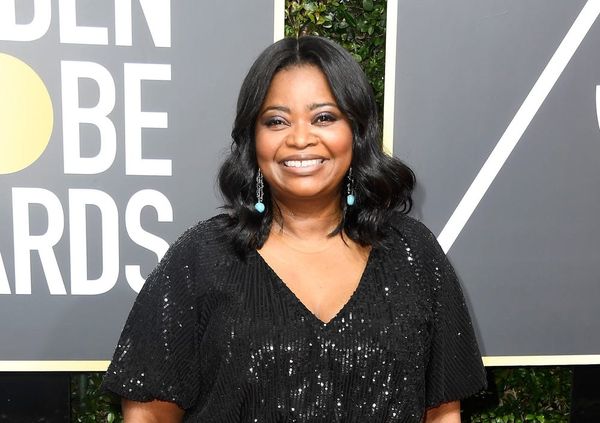 Octavia Spencer is a critically acclaimed, Oscar-winning actress, which should be enough to get her fair pay. But like other women in the industry — and particularly women of color — she has to fight to get her due, and sometimes she needs other people to fight alongside her. Spencer revealed this week that NBA player LeBron James had to get involved during negotiations for the upcoming Netflix series Madam C.J. Walker to ensure that she received appropriate compensation.

“I have to say, when I was negotiating my deal for Madam C.J., LeBron James had to intervene,” she said during a recent “Women Breaking Barriers: Where Are We Now?” panel at the Sundance Film Festival, according to IndieWire. Spencer stars in the series as the title character, a haircare mogul and America’s first Black self-made millionaire. James is acting as an executive producer. “We need all our male counterparts to be in the fight with us,” she added.

The Shape of Water actress previously spoke about the importance of allies and advocates during a similar Sundance panel in 2018, when she revealed that Jessica Chastain had stepped up to demand equal pay for a project they were doing together.

“I think my goal is to make sure that all women of color get equal pay, and all women get equal pay,” Spencer said at this year’s discussion. “The only way to do it is to have these conversations, to talk numbers with your costars. Jessica and I stood together, and that was interesting that she would take that position — well, I mean, she is Jessica Chastain — but we also need advocates and allies in negotiating.”

Producer Cassian Elwes, the only man on the panel, noted, “I think men are on a steep learning curve in Hollywood. I was in the middle of a negotiation, actually in the last two days, where the lawyer for the male star was saying, ‘Oh, he should get paid more than she should,’ and I was like, ‘Absolutely not, they’re going to be most favored nations in this deal, they’re gonna get the same deal basically.’ He’s like, ‘Well, he’s working more days than her,’ and I said, ‘Well, we’re holding her for just as much time, too.’ And he said, ‘Well, what do you gotta say for that?’ And I said, ‘I’m just going to say two words: Time’s Up.'”

Of course, salary negotiations aren’t the only place where there’s inequality. Time’s Up recently announced the “4% Challenge,” which asks producers and studios to commit to hiring a female director within the next 18 months.

“I’m a pragmatist, and I think that what’s exciting is, for me right now, I feel like there’s a paradigm shift and women are leading the charge in that,” Spencer said during the panel, according to IndieWire. “We just have to continue the momentum, and we have to remember that all of us, we need to work together, men and women. We need to advocate for each other. … I think we’ve made considerable strides in the conversation. Are we there yet? Uh, no. But are we where we were? Uh, no, and that’s what’s promising. I like the idea of that.”

What do you think about the fact that LeBron James had to intervene to make sure Octavia Spencer was paid fairly? Let us know @BritandCo!