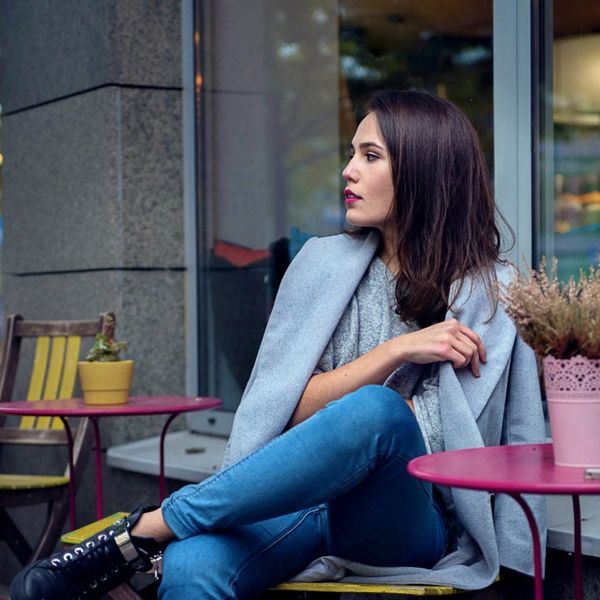 We have a thing for giving cutesy names to bad dating behavior. Using the term “ghosting” helps to cover up the pain of a potential significant other gone MIA and describing yourself as “breadcrumbed” feels a lot less crummy (pun intended) than admitting that the person who’s been super into your online conversations is suddenly being shady about nailing down actual plans IRL. Have you had enough of these familiar terms? Great! We have a few more for you to learn.

Dating site Plenty of Fish (POF) recently conducted a survey of 2,000 singles, the results of which give us a sneak peek into the trends you can expect to take over online dating in the year ahead. The bad news? These trends aren’t exactly the stuff of fairy tales — and conversation expert Celeste Headlee attributes this to the intersection of psychology and social media. “There is a concept in psychology and sociology called the Abilene Paradox,” Headlee explains. “Essentially, it describes a situation in which people collectively take action that no one likes because they think it’s what everyone else wants and they don’t want to rock the boat. A lot of this posing that people do on social media [and dating apps] is done because people think they need to present an image. People imagine what other people want and expect, often incorrectly, and then take action to meet those imaginary expectations.” Whether or not you can buy into the Abilene Paradox as a good explanation for bad dating behavior, we know you’re dying for all the details on these new trends. Keep scrolling for Plenty of Fish’s predictions.

1. Flexting (/fle-ks-t-ing/): Digital boasting to impress a date before meeting IRL. Flexters strike 47 percent of singles overall, according to POF, and it doesn’t break down evenly across gender lines. Close to two-thirds of women have been on the receiving end of flexting, compared to just 38 percent of men.

2. Cricketing (/krik-it-ing/): Leaving someone on “read” for too long and taking much too long to continue the conversation. Two-thirds of the singles involved in the POF survey said they’ve waited patiently for a response from a date, only to get one much later than expected (or appreciated) — and Headlee has a lot to say about it. “Our expectations about speed of reply grow,” she tells us. “The truth is that people sometimes get angry if you wait more than 10 minutes to respond to a text. It needs to stop. Smartphone addiction is a real and destructive thing, so don’t get upset if someone isn’t tied to their phone, responding immediately.” Basically, we know cricketing is annoying… but don’t be that girl who can’t function without a quick reply.

3. Ghostbusting (/gohst-buhst-ing/): Continuing to text someone after they’ve ghosted you. We’re all about persistence, but honey, if someone’s ghosting you, it’s time to bail. Why invest additional emotional energy on your side if the other person is being nothing but rude? Of the singles who participated in POF’s survey, 38 percent said they’ve experienced someone who would not stop texting them after being ghosted. We still kind of think that the ghosters are more in the wrong here in most scenarios, but that doesn’t mean that we support incessant, thankless follow-up. If someone has no time for you, then you have no time for them.

4. Serendipidating (/ser-uhn-dip-i-deyt-ing/): Putting off a date and “leaving it up to fate” in case someone better comes along in the interim. Close to a third of the singles surveyed by POF admitted to putting off a date with an online prospect “just in case someone better comes along.” It’s one thing to leave things up to fate if you’re not in any rush to get coupled up, but if you’re so interested in pursuing a relationship that you’ve set up an online dating profile, you can’t exactly invoke “serendipity” as an excuse for being cagey with plans. If you have a connection with a potential S.O. you met on an app, be direct about setting up a date. No one wants to be a serendipidater — and no one wants to date one either.

5. Fauxbae’ing (/foh-bey-ing/): Pretending to have a significant other over social media when you’re actually single. We’re shocked that this is now becoming a thing — and even more shocked that we now seem to have to confirm that it’s wrong. Head’s up, people: this. is. wrong. And in what world does it actually help your online dating career? If you’re actively looking for that special someone, you better make that super clear across all of your social media platforms. (Again, it pains us to feel the need to say this so explicitly.) Frankly, we’re finding this trend extremely confusing.

What do you think of these new trends? Tweet us @BritandCo!

Alli Hoff Kosik
Alli Hoff Kosik is a freelance writer who is passionate about reading, running, rainbow sprinkles, her lipstick collection, watching embarrassing reality TV, and drinking pink wine. She lives in Brooklyn with her husband and (in her dreams, at least) three golden retriever puppies. Listen to her talk books on The SSR Podcast.
Dating
Relationships
Dating Relationship Advice