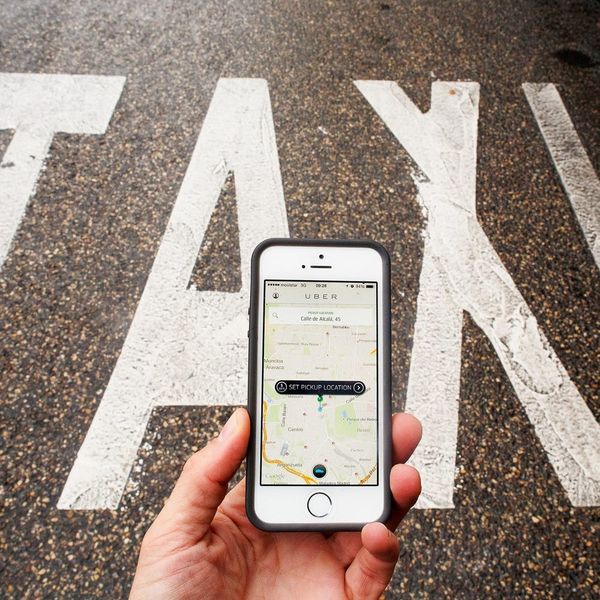 Getting an Uber to chauffeur you around the city is a pretty easy habit to fall into. But if you’re trying to save some moolah and still be the socialite that you are, close that Uber app, and maybe, just maybe, lift your hand and wave for a Yellow Taxi. A group of students at Cambridge University did some data mining, and their findings might just save you enough money to pay for an extra night on the town.

Cecilia Mascolo and a few of her friends decided to settle the question: Is Uber cheaper than a traditional Yellow Taxi? To find the answer, they gathered all the routes and costs of taking New York City’s Yellow Taxi from 2013. Then, they started taking the same routes with Uber X and comparing the two. Since Uber’s prices have a lot of varying factors, Mascolo worked with the average fare rate. According to Mascolo and her crew, it turned out that Uber costs more “for prices below $35 and begins to become cheaper only after that threshold.”

Mascolo and her pals didn’t stop there. They made an app called OpenStreetCab, which does all the math for you every time you’re about to request a car. The app is free on both Android and iOS devices, but it currently only has Yellow Taxi data for New York City. As long as Mascolo can get her hands on similar data for other cities (*cough* San Francisco *cough*), it looks like we all could be riding smarter with OpenStreetCab in the near future.

Are you Team Uber or Team Taxi?

Stephanie Chon
As a spoken word fanatic, Stephanie enjoys journaling about her day using imperfect rhymes. In her free time, she likes to dance, watch random episodes of How I Met Your Mother and play her ukulele.
Tech